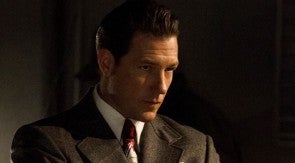 What was it that drew him to the project? Darabont--and it's Darabont's scripts that have kept him engaged and have helped him "fall in love with acting again," the actor and filmmaker told reporters on a Thursday conference call.

ComicBook.com was aboard the call to join in the discussion with Burns the perks of working with one of TV's most anticipated new dramas, from a showrunner and cast that seem to be able to do little wrong. 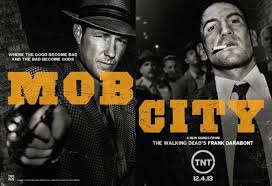 Talk about what drew you to this project, and what it meant to jump on board something that Frank Darabont was putting together.

Ed Burns: Well, you know, Frank is the reason I jumped on board and was initially very excited about the prospect of joining the cast. His team got in touch with me; sent me the script; said please take a look at the part of Bugsy Siegel. You know, I’ve been a long time fan of Frank’s work, and it’s one of those situations where you pick up the script, you just kind of keep your fingers crossed and hope that, you know, that there’s a good part in there for you.

After I read the first scene with Bugsy, I was in. It was a no-brainer. I called my agent and said, "let’s go do this." You know, a couple of weeks later I was on a plane to Los Angeles and then being fitted in some pretty swanky suits.

This was such a sexy, sensual time. He said that he loved the elegance and the well-dressed people at that time. This is more kind of fun, don’t over think it, but have you ever felt as sexy as being, you know, on this show?

Do you enjoy it?

Burns: Oh, loved it. I mean this is the most fun I’ve had acting since Private Ryan. I mean it made me fall back in love with acting, quite honestly.

You know, when you’re given such great words to play with, and you’re in the hands of a world-class filmmaker, and he surrounds you with this great of a cast, you know, that is what, you know, every actor--you hope you get those opportunities. Unfortunately, they are, you know, sometimes few and far between. This is one, you know, as I said just made me fall in love with acting again. 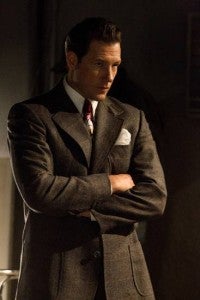 You are a fantastic filmmaker in your own right. Is it helpful to bring that to a set? Obviously, not every actor can go to Frank Darabont and say, well can we consider this because it’s something that really worked for me in the past as a filmmaker.

Burns: You know, I got very lucky. The first time I acted for anybody other than myself was for Spielberg on Private Ryan. I was not about to show up on that set and make any suggestions to Steven as to, you know, how he might want to rethink a scene or where he would put the camera. That has served me well since.

You know, when I show up on someone else’s set as an actor, I’m just there as an actor. If anything, you know, when you get a chance to work with someone like Frank, I take it as an opportunity to go back to film school, you know? I’m obviously there as an actor to do my work but, you know, I’m also watching him and seeing okay what can I learn from Frank as a filmmaker so that I can take that back with me? That’s more of my approach.

All right so Bugsy’s one of the most notorious bad guys in mob history. He was known, as a guy that was able to develop this massive mob empire, but also kind of cavort with movie stars and celebrities, kind of seemed like a likeable guy. What did you do to research this character and make him that guy who was charismatic, but also capable of heinous stuff?

Burns: You know, I got very lucky with Frank and these scripts in that all of it was on the page. You know, Frank, our initial conversation, you know, was look what I need from Bugsy in this show is he needs to be larger than life. Everything we’re going to do with him from, you know, starting with the style of dress. You know, he was a very flashy guy, loved his clothes.

As you said he, you know, hobnobbed with celebrities. He was good friends with George Raft. He even wanted to be a movie star and had some screen tests. This is a guy who he has an army of gangsters who are willing to die for him. You know, he was a ladies man. He was a guy that, you know, was the mastermind behind the birth of Vegas. So he’s a guy who could convince a lot of people, men and women, to do what he asked. Part of it was charisma and charm.

Then the other part was the fact that he had a short temper and would back it up with, you know, sort of insane, homicidal behavior. Those two things I guess are what makes for being a successful gangster. You know, again as far as being able to balance those two sides, the work was done for me in that, you know, Frank wrote these terrific screenplays.