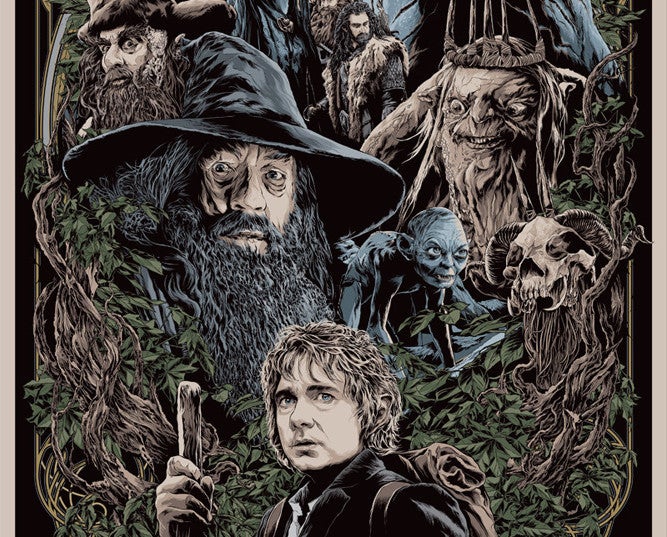 Saying goodbye to The Hobbit and Peter Jackson’s spin on Middle Earth is going to be tough, but the poster wizards at Mondo are making it a lot easier.

In honor of The Hobbit: The Battle of the Five Armies’ release today, Mondo has released a series of posters based on Peter Jackson’s Middle Earth films. And yes, they are as gorgeous as you would expect. Unfortunately, the posters have already sold on Mondo’s main website, but that doesn’t mean you won’t find them on the eBay at ridiculously high marks. Or, they’d make a really nice background image on your computer. Either way, ogle through some of the best-looking art you'll likely see today.

First up, there's a poster for the The Hobbit: An Unexpected Journey by Ken Taylor. 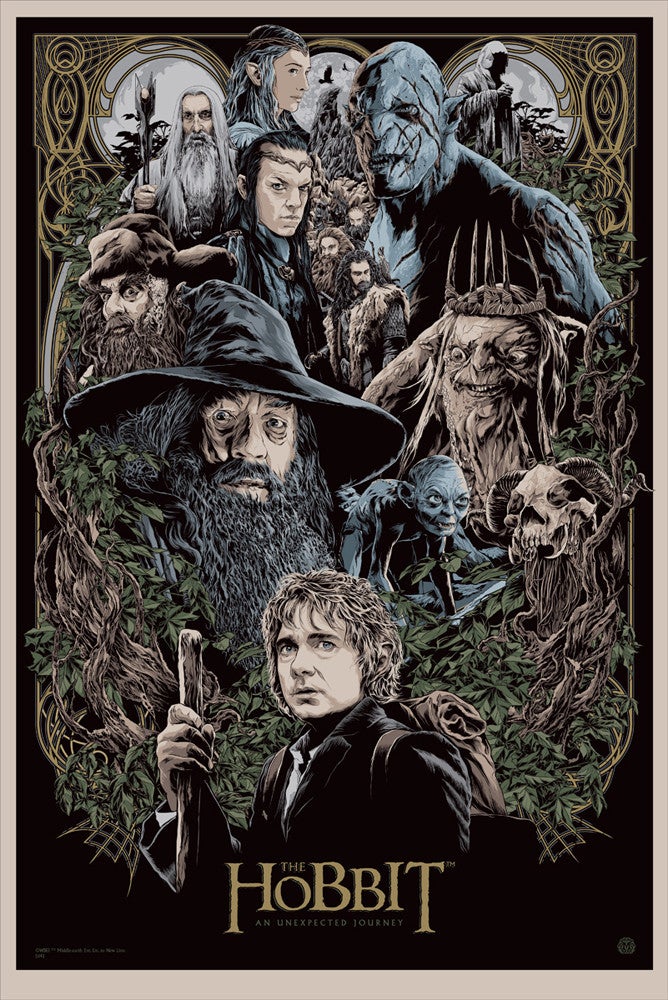 Moving through The Hobbit trilogy, the next poster covers The Desolation of Smaug to appropriately creepy effect. That one is by Nicholas Delort, and also comes with a gray variant. 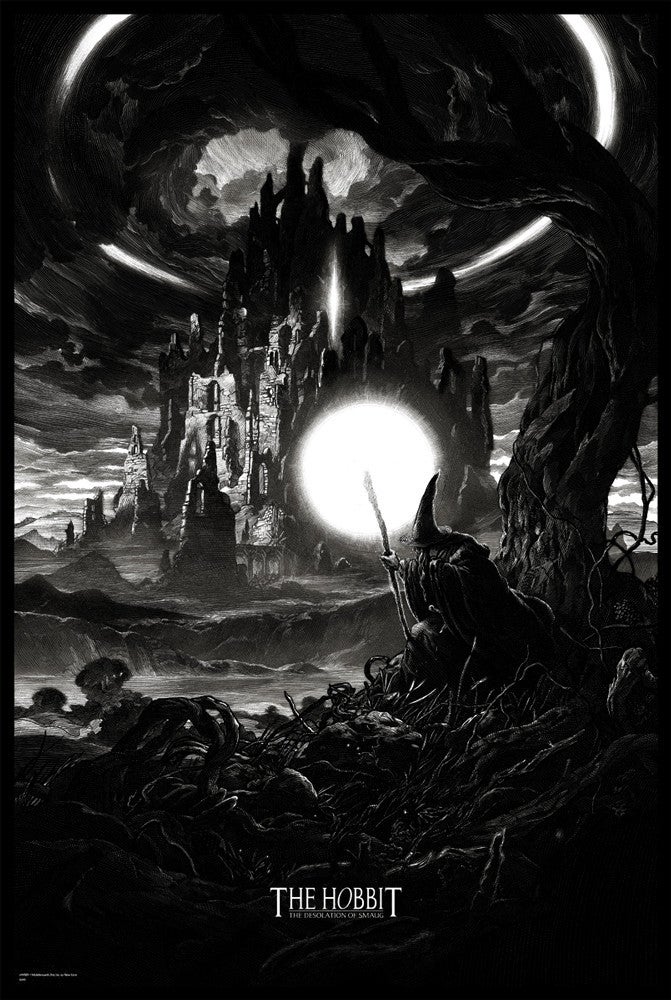 And last, but so, so far from least, is this Smaug-sized poster to The Lord of the Rings: The Fellowship of the Ring. Clocking in at 40 inches long, this piece, by Aaron Horkey, may be more precious than the Ring itself. The poster also has a gray variant.

The Hobbit: The Battle of the Five Armies hits theaters today.