SMS Audio, a premier audio headphone and accessories brand, has unveiled their new headphones inspired by Marvel's Iron Man. They made the announcement at at the X Games' Next X Park in Austin, Texas.

The headphones match Iron Man's hot-rod red and gold color scheme, and there are matching arc reactor designs on the exterior of the earphones.

I can imagine Tony Stark (Robert Downey Jr.) right now turning to Pepper Potts and telling her, "I want one." I'm sure he would spend most of his time rocking out to Black Sabbath's "Iron Man" song.

Check out the Iron Man headphones in the image below. 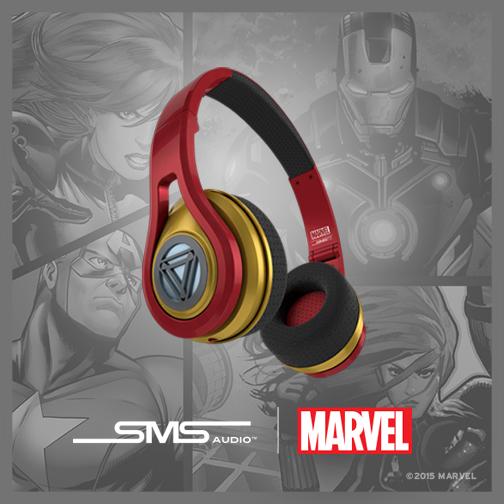 Move Over Star-Lord, Iron Man Is Getting His Own Headphones