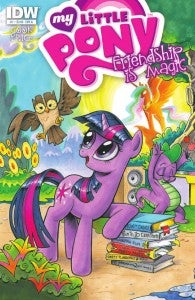 #1, based on the hit animated series airing on The Hub, has pre-sold over 100,000 copies in the comics direct market, making it almost certainly IDW's best-selling single issue of the year and probably one of, if not the, best-selling comic book featuring a licensed property in 2013.

The first issue hits on Wednesday, which means a round of press for writer Katie Cook and artist Andy Price.

"Take that, every preconceived notion of what sells! A book with pastel ponies with cute pictures on their butts is a success," Cook told USA Today of the title's remarkable sales numbers.

Adult, male fans of the show -- called "Bronies" -- have driven a lot of those numbers and have dominated the news coverage, both inside and outside of the comics industry. Bronies are a mix of genuine and ironic fans whose enthusiasm for the franchise they love can drift from the impressive to the downright puzzling for those outside of the group. A number of them are quoted at some length in the USA Today article as well. A fairly new Brony is Price, who compares the animated version of the series to the Adam West Batman series from 1966.

"It's colorful and pretty, but it's not all lace and ribbons and pretty, pretty hearts," Price said in the interview. "A child can take away silly humor and fun art and even some lessons. An adult can take away the same, plus the cultural references and the sly witticisms.

Check out a seven-page preview below. 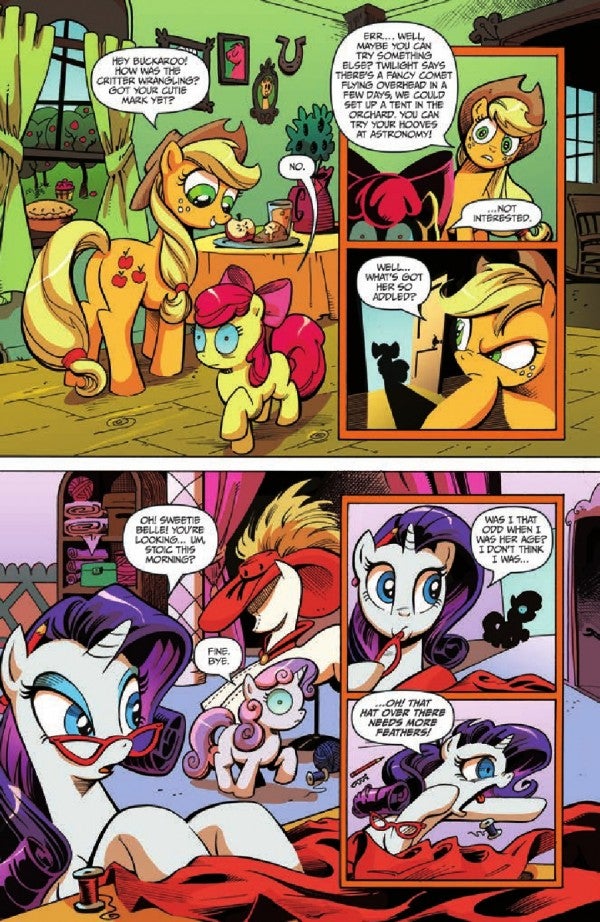 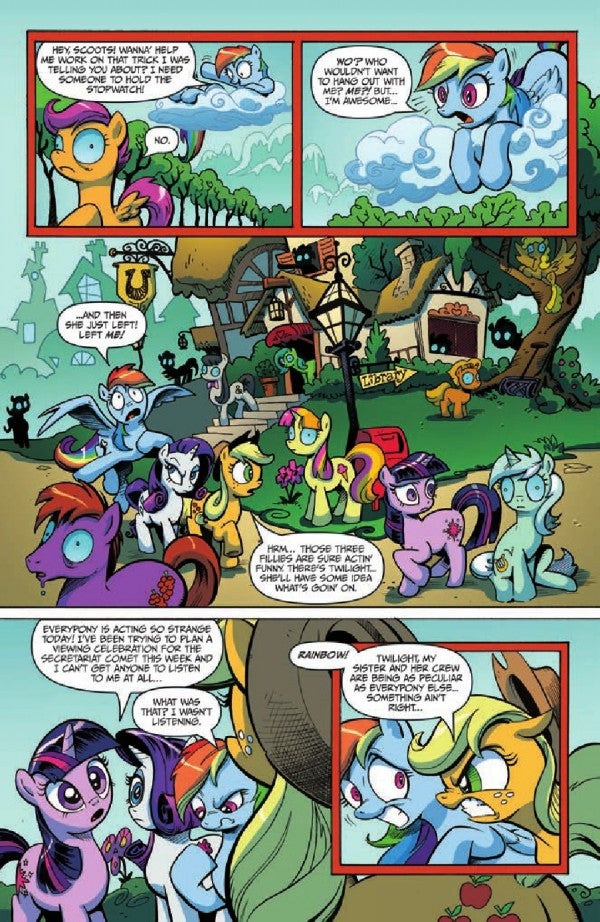 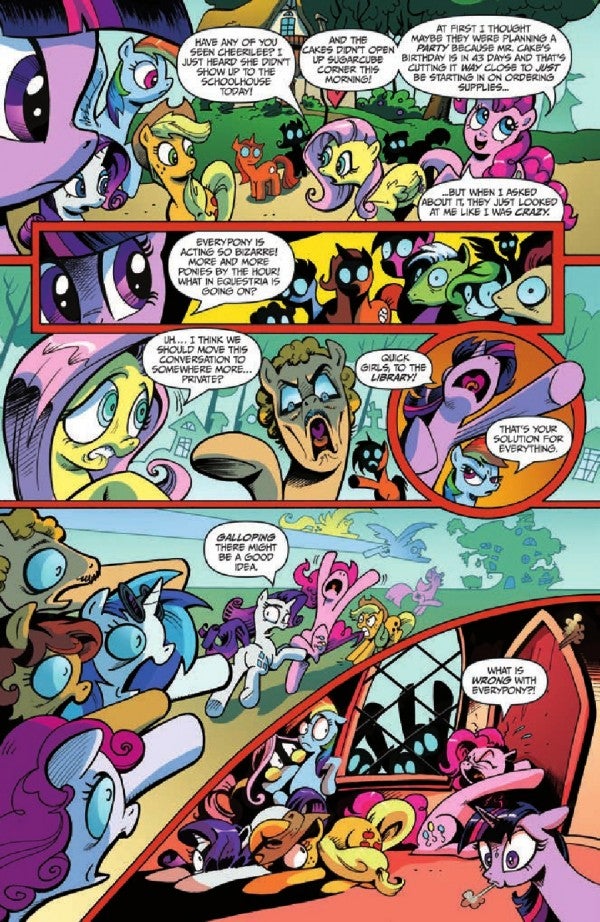 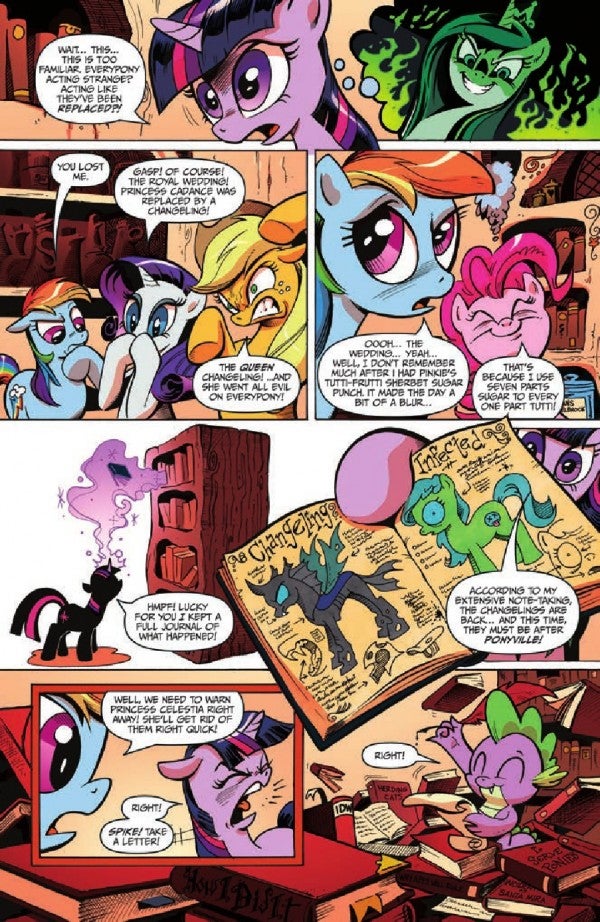 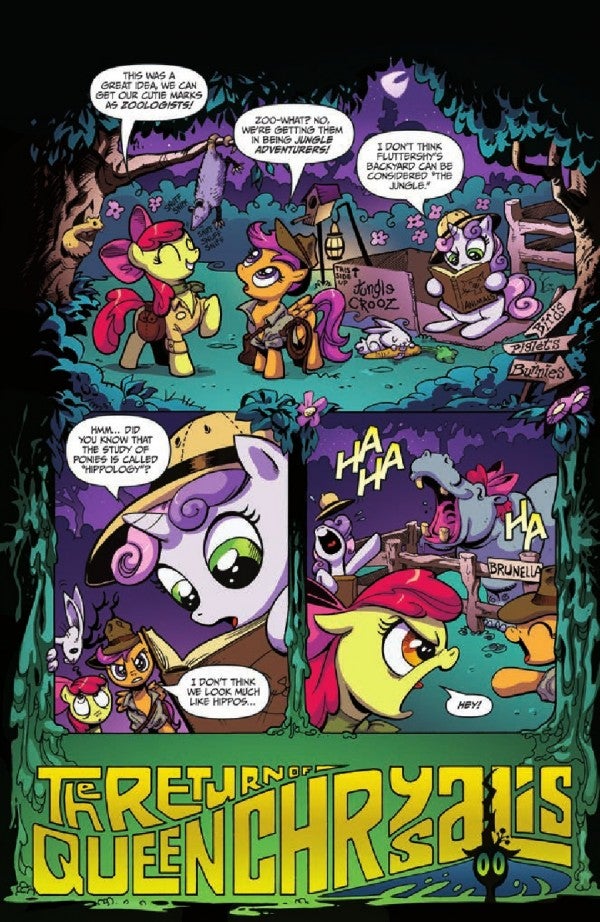 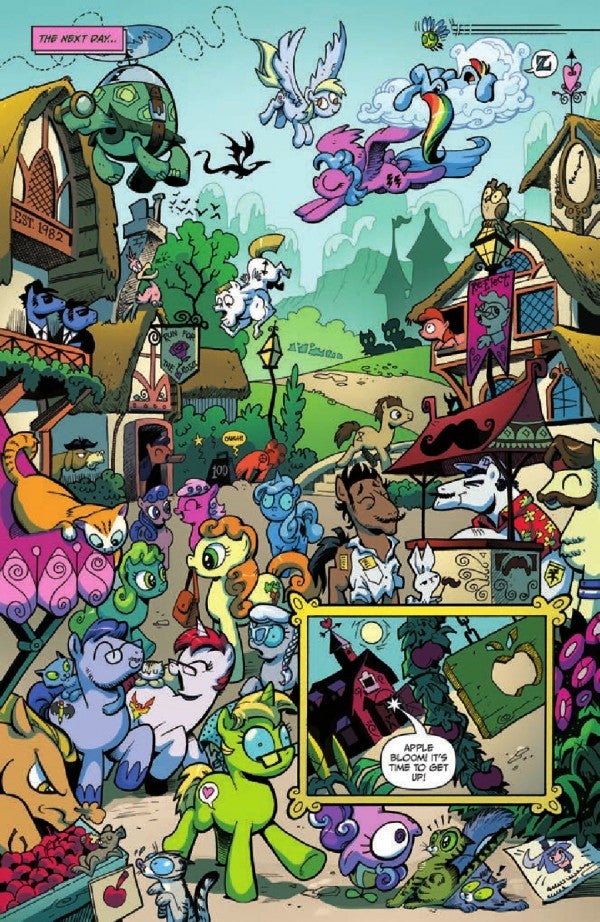