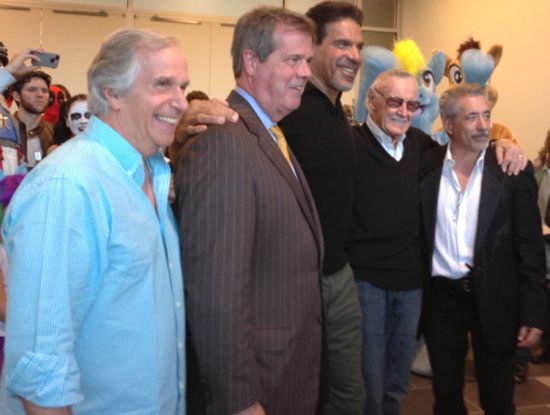 On Friday, the inaugural Wizard World Nashville Comic Con kicked off at the Music City Center. Nashville Mayor Karl Dean was on hand at the event to welcome Wizard World to the city. “It’s a pleasure for me to be here today to kick off the first ever Nashville Comic Con,” said Mayor Dean. “The excitement that exists at this inaugural event is clear. We’re going to have thousands of folks here this weekend.”

Mayor Dean also honored Stan Lee, Henry Winkler, and Lou Ferrigno with special certificates. “Stan [Lee] as you know is a legend, and we are honored that he is in Nashville,” said Mayor Dean. “I personally am a huge fan of Spider-Man. When I was in high school and in college, working at a factory during the summers, I would get up and read the comic pages and immediately turn to find out what’s going on with Peter Parker every day.”

After Mayor Dean handed Stan Lee a certificate from the city of Nashville, Lee said, “If I had known about this, I would have brought a better suit or something.” Lee added, “I’m very flattered, and I’m very proud.”

In recognizing Henry Winkler, Mayor Dean said, “Since you’re in the south, we have to acknowledge The Water Boy. What a great film. One of the all time great football movies.”

After accepting his certificates, Winkler said, “First of all, Mayor, thank you so much for inviting us. Second of all, I will tell you that there are two reasons why I love Wizard World. One is because you get to express yourself in the most creative way. And two is because we get to meet people we would never meet if we stayed in Hollywood.” 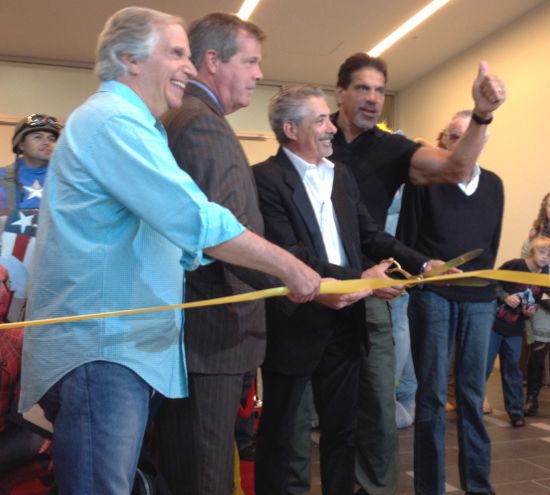 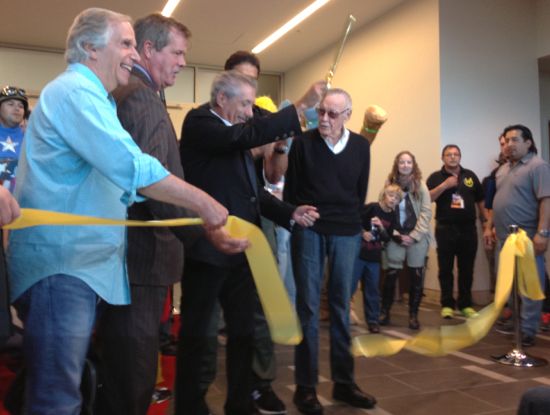 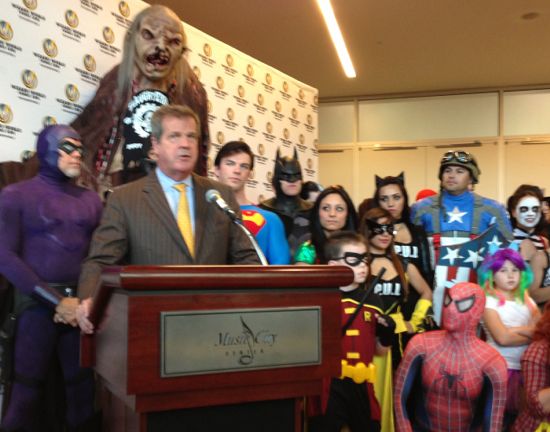 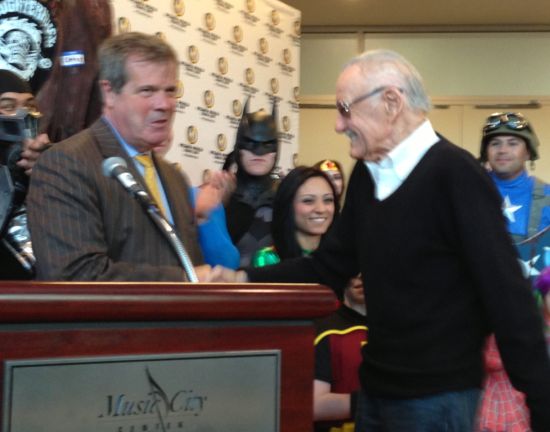 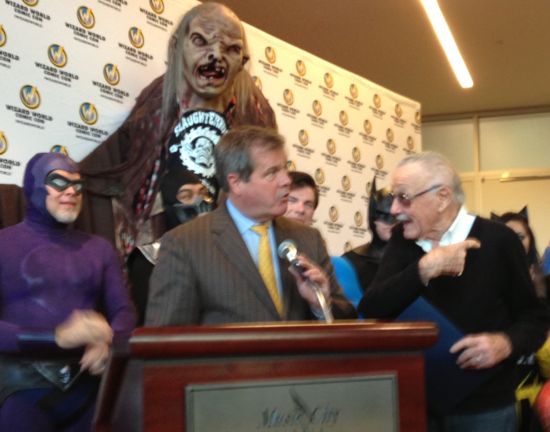 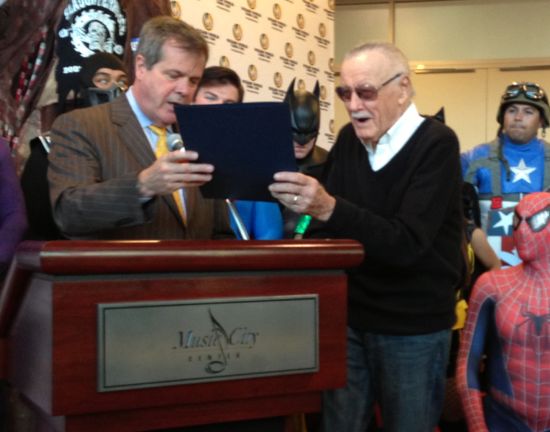 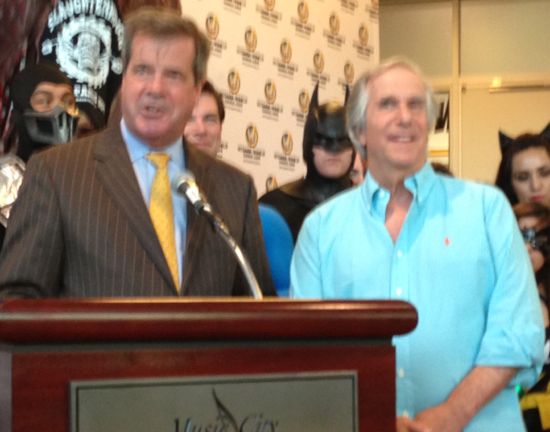 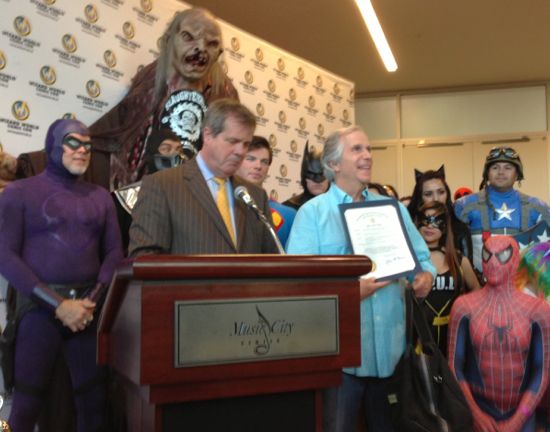 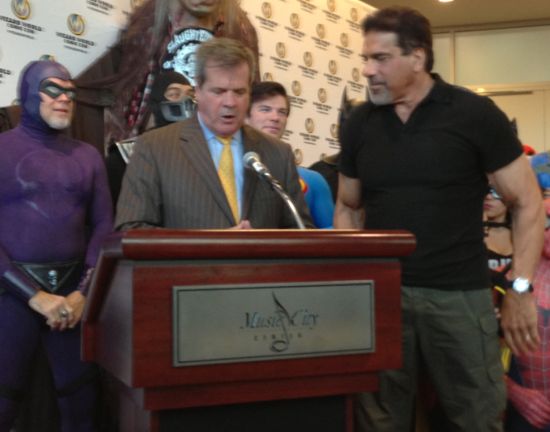 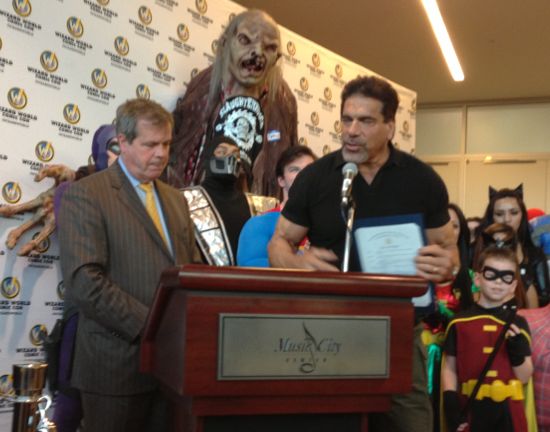