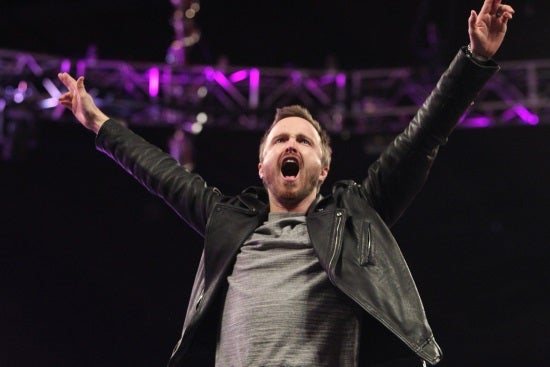 Paul drove superstar Dolph Ziggler down to the ring in a Shelby Mustang for his match against Alberto Del Rio. Paul took a seat at the announcer’s table to commentate during the match and ended up in a taunting match with Del Rio, helping Ziggler grab a win. Paul joined Ziggler in the ring for a celebration, with the crowd breaking into “Jesse Pinkman” chants.

Paul will play Tobey Marshall in Need for Speed, the film adaptation of Electronic Arts’ long running racing video game franchise. In Need for Speed, fresh from prison, Marshall, who was framed by a wealthy business associate, joins a cross country race with revenge in mind. His ex-partner, learning of the plan, places a massive bounty on his head as the race begins. 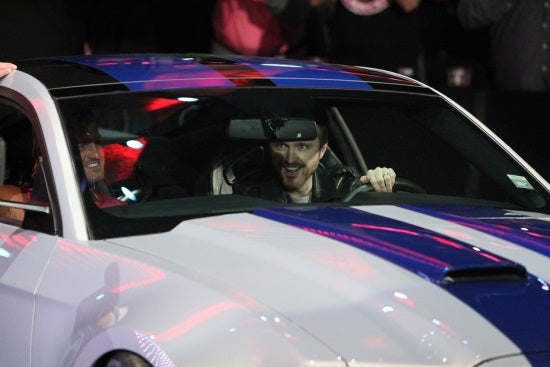 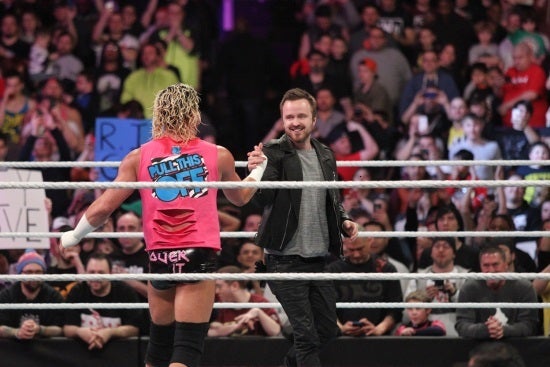 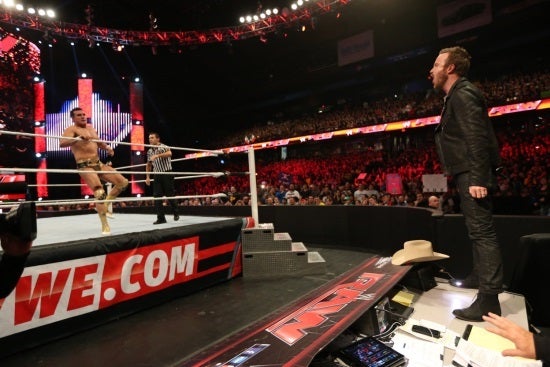 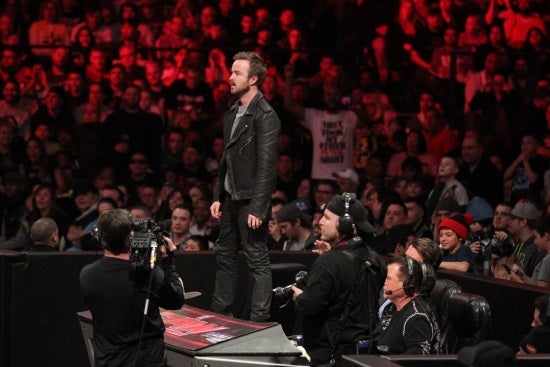 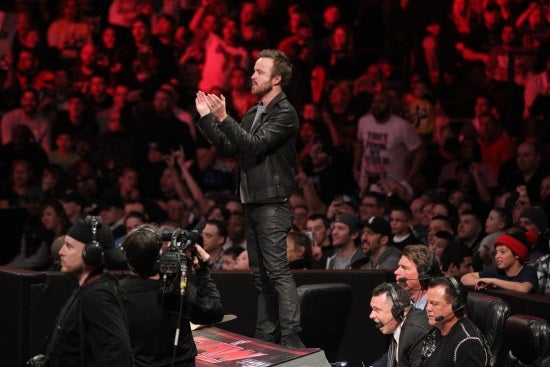 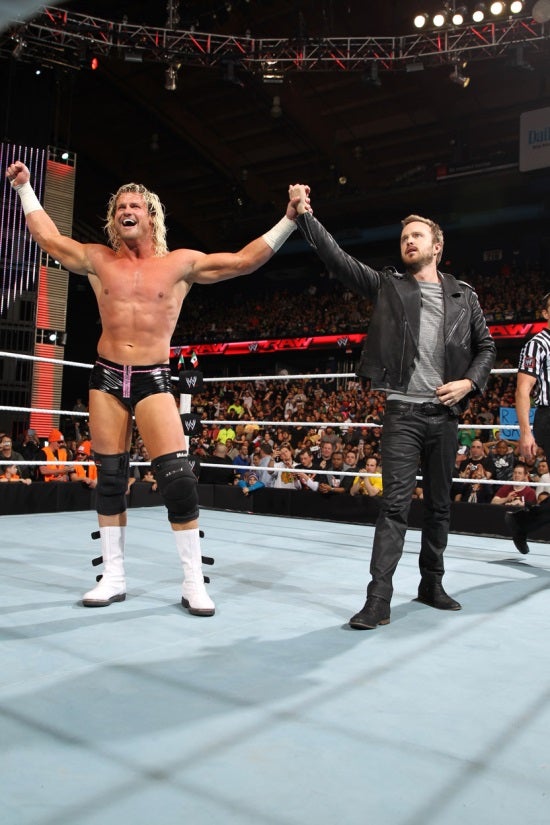 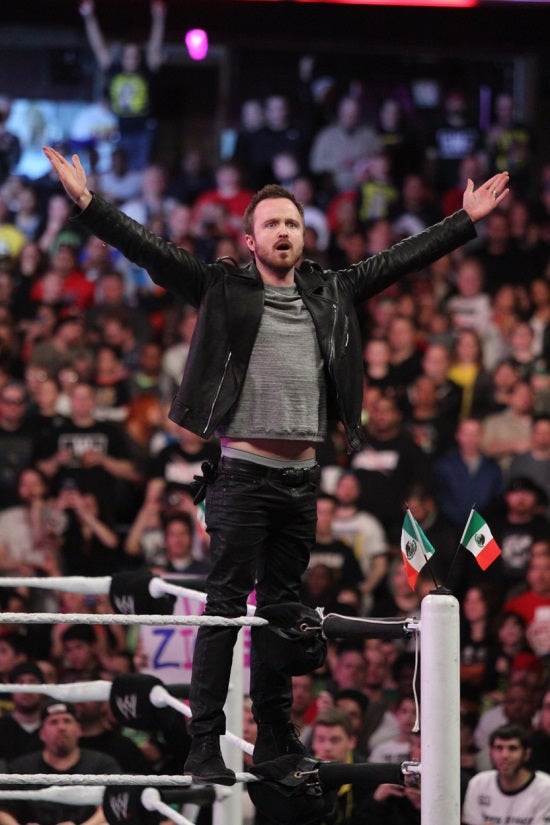