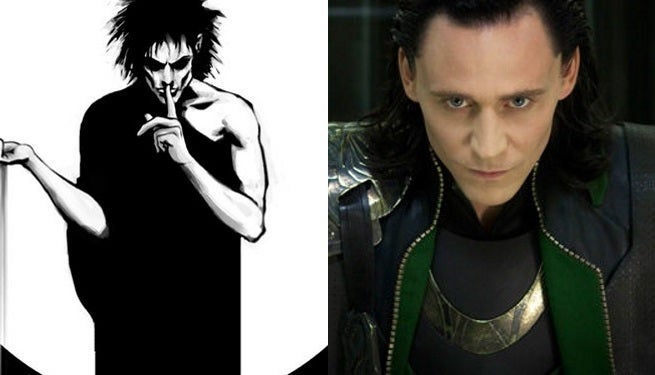 Social media predictably erupted with mixed emotions this week when Neil Gaiman told an interviewer that Tom Hiddleston ought to be Morpheus in Sandman.

And then again last night when he had to clarify that the comments he made in the interview were, in fact, a joke; the Thor and Marvel's The Avengers villain isn't going to play the lead in the DC Entertainment/Warner Bros. film planned based on Gaiman's long-running Vertigo series.

The film, which is to be produced by Joseph Gordon-Levitt, has been rumored to star Levitt, and while the actor hasn't committed to the idea, the Hiddleston remark was one of the first times anyone had seemed to be publicly discussing anyone else.

Here's Gaiman's tweet, brushing it off as a joke:

It's not true. It was a joke in an interview I'm afraid RT @PickleAM: Please oh please let it be true that @twhiddleston will play Morpheus!

It seems likely Gaiman's joke was meant to reflect the fact that a small handful of popular actors -- of which Tom Hiddleston and Benedict Cumberbatch are certainly two -- seem to be "rumored" for every big new role that comes along.