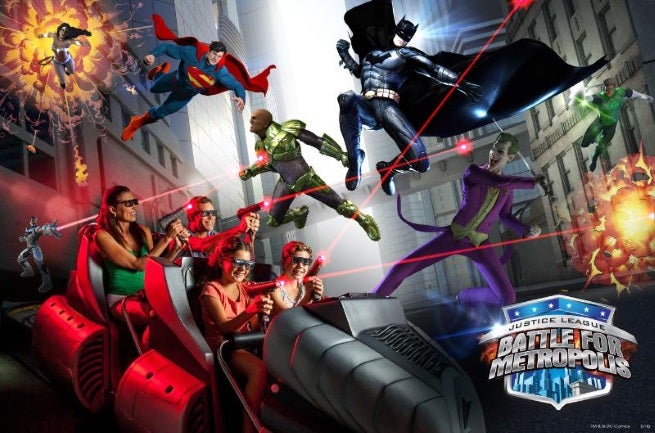 Six Flags has announced several new rides based on DC Entertainment characters, including Batman, Harley Quinn, the Joker, and the Justice League.

"Introducing a dark ride that combines this level of technology and the popular DC Comics brand will bring an unmatched, interactive experience to our guests in 2015," stated Tom Iven, senior vice president of U.S. park operations for Six Flags. "The addition of Justice League: Battle for Metropolis is another example of our company's commitment to delivering new and innovative thrills in every park, every year."

Six Flags Fiesta Texas will debut Batman: The Ride in 2015. After being lifted straight up a 120-foot hill, the 4D Wing Coaster challenges riders to "face their fears" as they flip head-over-heels at least six times along the weightless, tumbling journey. Along the way, guests will experience coaster hills and unexpected drops along with an interactive ride experience. 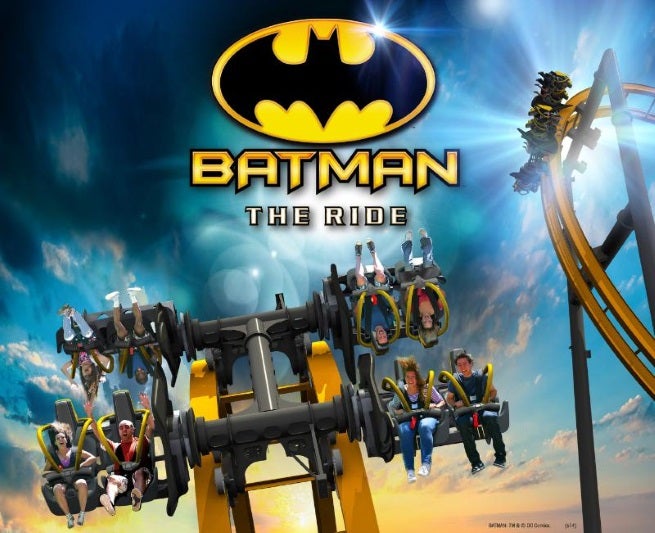 "Every year we continue to provide more and more innovative technology and excitement for our park guests and season pass holders. Batman: The Ride is an entirely new concept in ride engineering and will provide a sensory experience like no other coaster. The unanticipated tumbling will add even more thrills as riders travel along the dipping and swirling track," said park president Martin Bozer.

Six Flags Over Georgia will feature The Joker Chaos Coaster and Harley Quinn Spinsanity during 2015 season.

"We are excited to introduce two new high-thrill attractions to our collection of world-class coasters at the park," said Six Flags Atlanta Properties park president Dale Kaetzel. "Gotham City is one of the park's most iconic and popular areas and this multi-million dollar expansion will help create a day full of fun and exciting memories for all of our thrill seekers and their families."