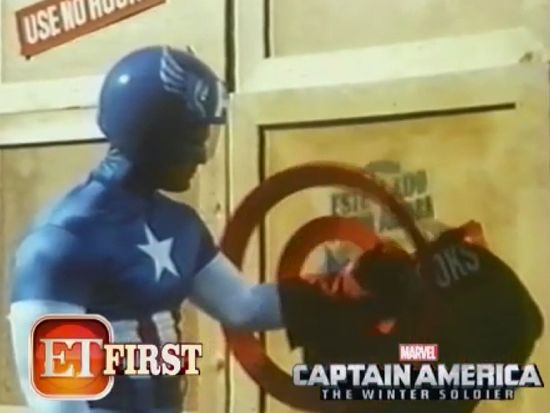 Almost two weeks ago, Marvel Studios released the first trailer for Captain America: The Winter Soldier, and it proved to be a hit with fans. On last night's Conan O'Brien show, the talk show host took a look at the Entertainment Tonight exclusive preview of the trailer. Before the preview aired, Conan raved, "I've got to say this movie looks fantastic. Check it out."

However, the exclusive Captain America preview wasn't quite as impressive as the full trailer that was released. In Conan's preview clip, Captain America finds a rather unusual use for shield.

After the clip, Conan remarked, "Where did we get that movie? Was that a TV movie from the seventies? It's the worst. There's so many great clips. That whole clip is like ten minutes of him checking an empty crate." Check out the full clip from the show below.