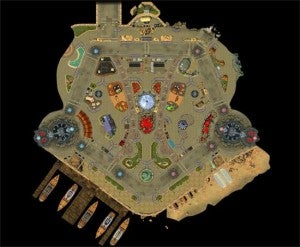 Warner Bros. Interactive Entertainment and DC Entertainment have just released a brand new behind-the-scenes look at the Infinite Crisis online video game. Infinite Crisis is a multiplayer online battle arena (MOBA) game set in DC Comics’ legendary Multiverse in development by Turbine, which is the same studio behind the free-to-play online game The Lord of The Rings Online™.

In this new behind-the-scenes video, the development team discusses how integral the DC Multiverse is in designing the game – from the Champions and items available in the artifact foundry to other features in the game.