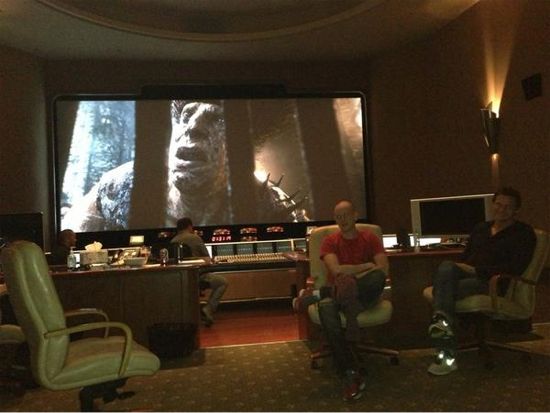 Bryan Singer might have just begun pre-production on X-Men: Days of Future Past, but he’s also finishing up some work related to Jack the Giant Slayer. The film war originally scheduled to be released as Jack the Giant Killer this past summer, but the movie was delayed and retitled. The retitling was apparently due to "Slayer" being a more family-friendly word than "Killer."

According to a recent tweet from director Bryan Singer, he’s busy “mixing the Jack the Giant Slayer trailer in time for Rise of the Guardians and The Hobbit.” Byran Singer also tweeted the image above that actually shows his team hard at work on the trailer.