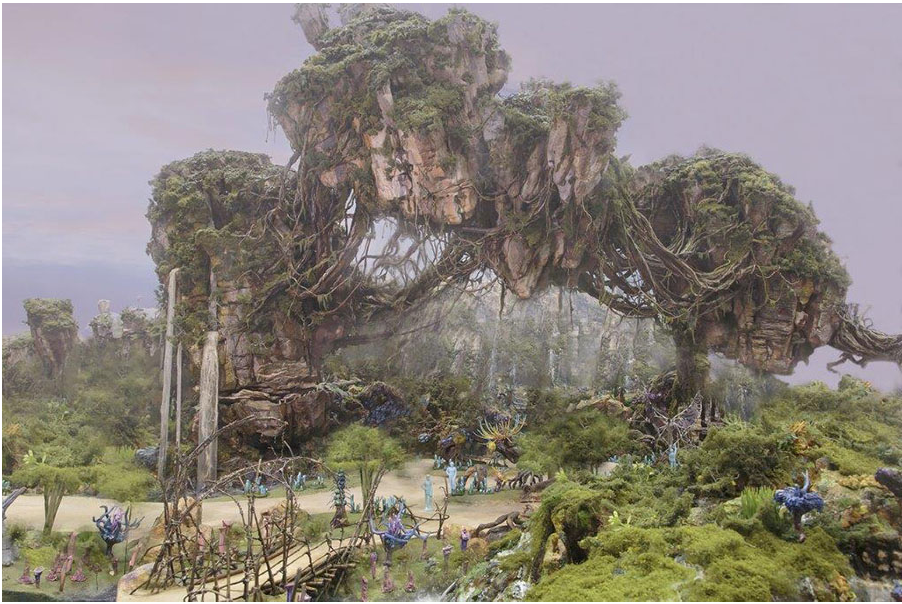 Disney Parks has released a new look at its upcoming Avatar attraction, which will bring the world of Pandora to Disney World's Animal Kingdom park.

As Disney's Imagineering's Chief Creative Executive Bruce Vaughn revealed today, the team behind the Pandora-themed land has been hard at work with Avatar creator and director James Cameron to build an authentic and immersive experience for park attendees. While Vaughn was light on the details, he promised that the final product will push what's possible for a theme park.

"From the details in the plants to the production and design, extraordinary thought and care has gone into this entire world. The teams have really created something special, and it's not going to be like anything else.," Vaughn said on James Cameron's behalf.

Vaughn also posted a video showcasing Disney and Cameron's collaboration, along with a few inside glimpses into the park's creation. You can check it out below.

Who needs an Avatar sequel when there's this to look forward to?