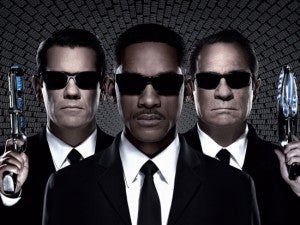 There's a new video featurette at MTV News to promote Men in Black 3, and it's kind of funny.

Will Smith talks about seeing his ears in three dimensions for the first time in his newest movie, which hits theaters on Friday (with midnight screenings tomorrow and a special sneak peek of The Amazing Spider-Man attached to some of the prints).

"The fun of [this film] is trying to make it new but not so new that it don't match," said Smith after joking about the size of his ears onscreen. "We had to be able to create something that was brand-new, that stands on its own, and it's been 10 years since the first movie, so there were a lot of things working against it."

The film is widely expected to open somewhere in the neighborhood of $50 million and be the movie that finally dethrones The Avengers as the reigning box office champ (for a weekend, anyway).