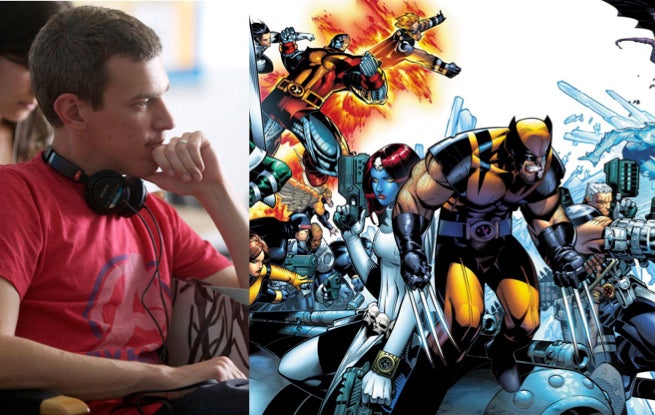 Josh Boone has some reading to do.

Boone, who's writing and directing Fox's upcoming New Mutants live-action film, recently Tweeted a photo of his X-Men comics collection…and it's massive. As Boone's photo shows, he's prepping himself for the gig a Blob-sized load of X-Men history. Though it's difficult to identify most of the hardcovers and trade paperbacks eating up Boone's floorspace, we can parse out collections of classic Uncanny X-Men, X-Force,  and Grant Morrison's New X-Men. We just hope there's some Demon Bear saga buried in that mountain somewhere.

My X-Men collection. This is only a small part of my comic library. pic.twitter.com/AJP2fIddyP

But Boone's show-and-tell didn't end there. He also took the time to share his favorite Uncanny X-Men story, which is Uncanny X-Men #183. For those unfamiliar with the issue, it's the one where Colossus famously gets into a bar brawl with The Juggernaut. It's about as awesome as you'd expect.

Finally, to prove that he's more than just an X-Head, Boone took his Twitter followers down memory lane with an old photo of him and New Mutants  co-writer Knate Lee digging into Batman: The Killing Joke. Even as a youngster, it looks like Boone had excellent taste in comics.

Me and #NewMutants co-writer @KnateLee absorbed in comics when we were kids! pic.twitter.com/Y9dqlZYxI6

Do you think the New Mutants are in safe hands with Boone? He certainly seems to have the passion. Sound off in the comments below!