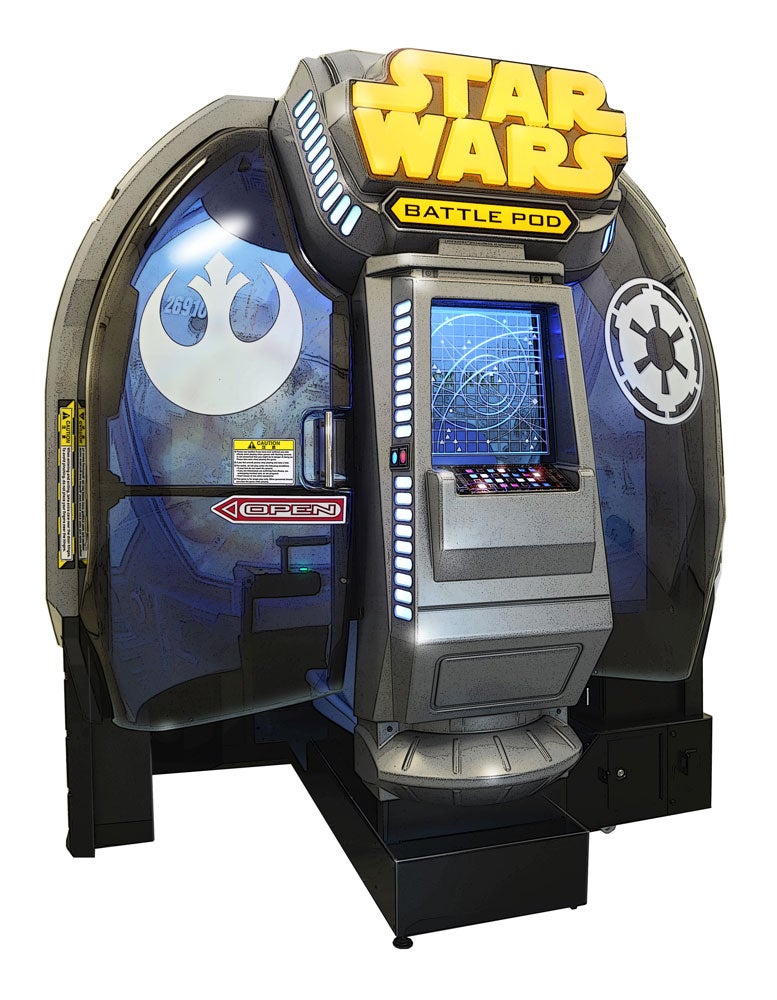 As a young, would-be Kevin Flynn I sank a lot of silver into the Star Wars arcade cabinet. Gripping the yoke, I flew my imaginary X-wing down a vector graphics trench and, more often than not, got whupped by TIE fighters on my way to the exhaust port. It was one of the most brilliant video game experiences of my life, and also one of the best times I ever had with Star Wars.

Now it looks like history might repeat itself, albeit in a higher-tech, higher-resolution and more coin-tapping incarnation than ever. Just unveiled in New York is Bandai Namco's Star Wars Battle Pod, and it looks beautiful.

That could be claustrophobic, and I bet it's sometimes deafening, but I can't wait to waste a pile of money on it.

The US release is set for January. Some of our team are on the ground in New York now and if they're anything like me, they'll make a beeline for this pod and get some playtime down.

According to the press release, the game features at least five battles from throughout the original trilogy. The three obvious candidates would be two featuring Death Stars and the battle on Hoth, but there's more besides. Each run lasts about four minutes. Not a lot of time for a couple of bucks, but it looks like there will be lots and lots of bang.