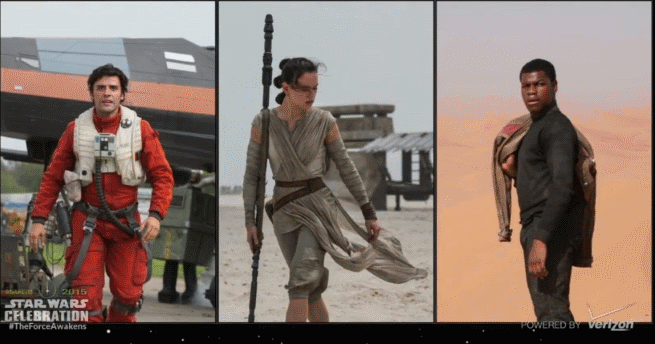 Isaacs, Ridley, and Boyega took the stage after the images were revealed. Ridley revealed that her character will first appear on the planet Jakku, the desert planet from the first trailer. Isaacs revealed that Poe is a X-Wing pilot sent on a mission by a “certain princess,” and Boyega revealed that Finn is a Storm Trooper. They all meet and their fates becomes entwined from there.

Check out more images in the gallery below.

Everything Announced for NXT and AEW Dynamite July 22 Episodes