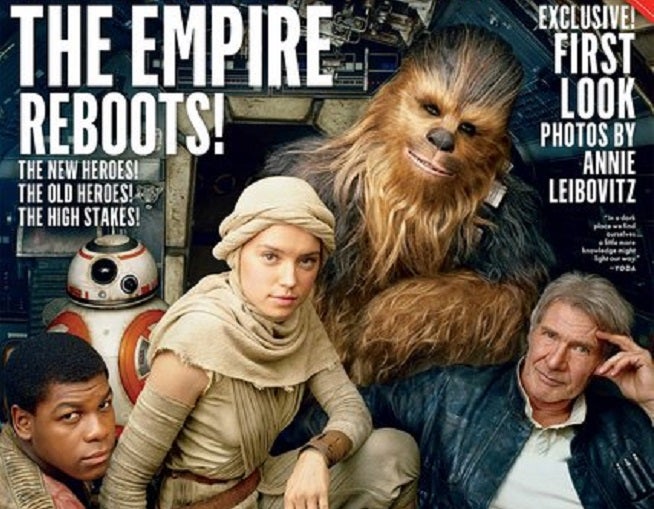 New images from the set of Star Wars: The Force Awakens, have been released online, giving us a first or new look at several of the characters from the film.

The photos were released by Vanity Fair, following the reveal of their new cover featuring the cast of The Force Awakens. The new photos include our first look at an unmasked Kylo Ren (confirming that he is played by Adam Driver), Lupita Nyong’o performing motion capture for her CGI space pirate character Maz Kanata, and an assortment of galactic characters found in Maz’s castle.

Vanity Fair also released a brief behind the scenes video, which we’ve embedded below.