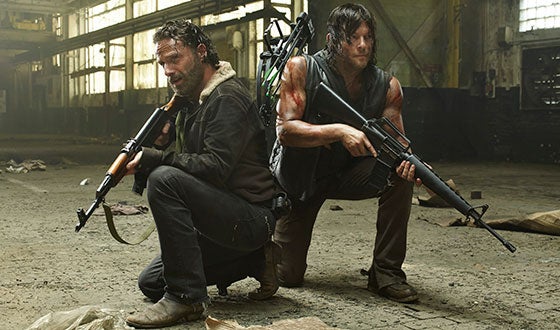 A new promotional video for The Walking Dead Season 5 midseason premiere has surfaced online, giving fans a glimpse at what’s to come for Rick Grimes and his band of survivors this spring.

The video is highlighted by a voiceover from Michonne, who seems to be discussing a new place of refuge that the group will discover. Michonne says that the place in question might give the group a chance to be safe, and actually thrive instead of “just making it.” In response to Michonne, Rick says “We’ll be ok, because this is how we survive.” The exchange is highlighted by several shots of Rick’s group, including Maggie, Glenn, Daryl, Gabriel and more.

Additionally, AMC released another trailer in Spanish. We’re not sure what the characters are saying, but the video shows clips with Tyreese, and one shaggy-looking Rick Grimes.