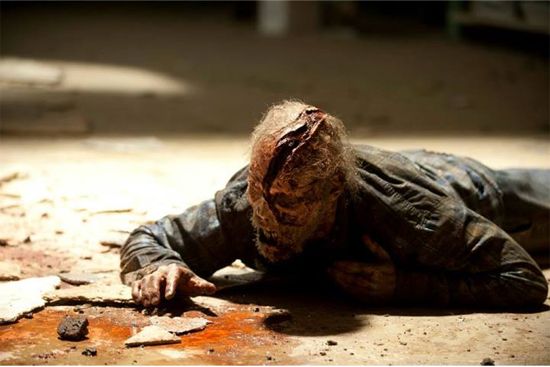 AMC has released a brand new video for The Walking Dead called “Picturing Season 4.” In the video, the cast and crew discuss the new look and feel for Season 4 of The Walking Dead, making promises that lots of surprises are in store for fans.

“When it comes to the set design, set decorations, and costumes for Season 4, it’s going to evolve with the rest of the show,” said series creator Robert Kirkman. “The timeline is progressing. The prison is changing. We’re making everything look different, new, and unique for this season, and I think there’s going to be really cool new elements thrown in that will shock.”

“Some of the things from the comic book are in this year which are cool and exciting,” said property master John Sanders. “And I like that some of the characters are going to really put it on the walkers and that is really fun to watch.”