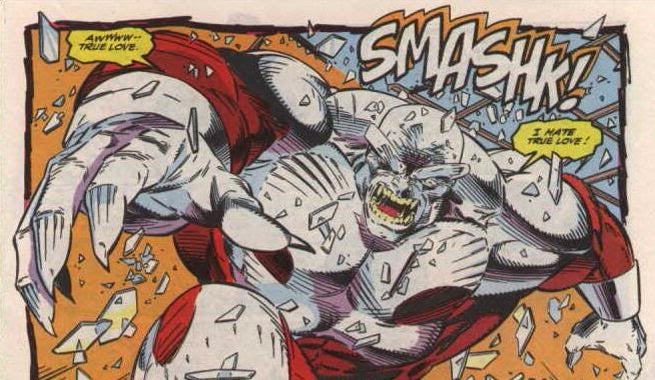 Director Bryan Singer has released a new photo from the set of X-Men: Apocalypse in Montreal. The photo confirms Caliban, one of the mutant Morlocks and a minion – and eventually Horseman – of Apocalypse.

You can see the photo below, in which Singer shows off Caliban’s “place of business.”

The set look very much like a sewer, the traditional home of the Morlocks. This may also be a connection to the Deadpool movie, which features Caliban’s fellow Morlock, Angel Dust.

In the comics, Caliban is first introduced as a dimwitted but gentle Morlock, with the mutant ability to sense other mutants. Eventually, he is enlisted by Apocalypse to help hunt down other mutants worthy of Apocalypse’s "gifts," and is transformed into a more intelligent and more aggressive creature. Eventually, Apocalypse makes Caliban into a full-fledged Horseman, to replace one he had lost previously.

We still don’t know who will be playing Caliban, or how big a role he’ll play in the film, but he’s an interesting new addition to the X-Men movie-verse.