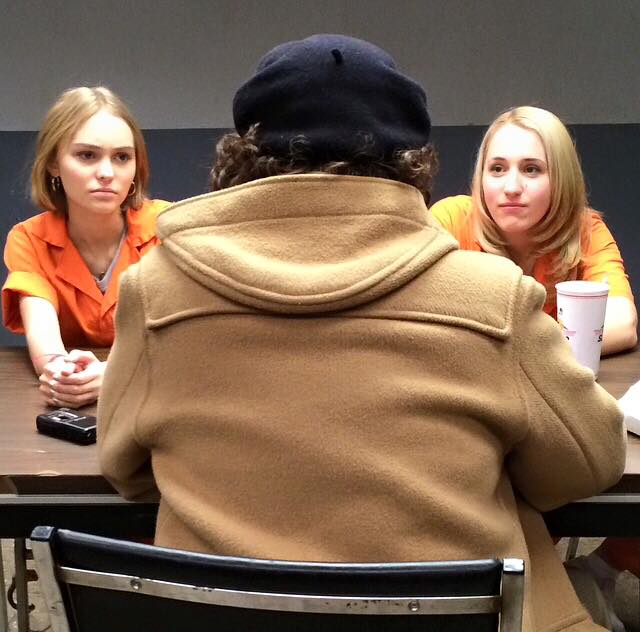 The two Colleens appear to be in custody, in a newly-released photo from Kevin Smith's upcoming film Yoga Hosers.

They're joined by Guy Lapointe, Johnny Depp's character from Smith's previous feature, Tusk, reuniting with the characters who, in Tusk, appeared as a pair of clerks with a fairly minor role but who will head up Yoga Hosers.

The Colleens, of course, are played by Lily-Rose Depp and Harley Quinn Smith, the daughters of Depp and Smith, respectively.

Smith shared the image above with the caption below to his Facebook page today, apparently confirming that the film will wrap principal production soon:

50 SHADES OF GUY!
We're finishing up our flick YOGA HOSERS this week - the TUSK spinoff in which three old friends reunite...

Release information isn't yet known. Smith is expected to shoot Clerks III in 2015, as well as his TV project Hit Somebody, and then a third film featuring the Colleens -- Moose Jaws -- should start production sometime after that ( likely in 2016).

Spiral: From the Book of Saw Review Round-Up: What Did the Critics Think?