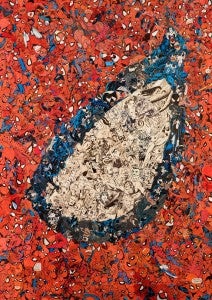 At New York Comic-Con this weekend, Spider-Man will officially turn 50 at a birthday party thrown by Marvel Entertainment, Hallmark and the Office of the Mayor of New York. Representatives from Mayor Bloomberg's office will be on-hand too, presumably recognizing the wall-crawler with a Spider-Man Day or something of the sort.

The City of New York has already had a pretty Marvel-friendly summer, with The Amazing Spider-Man Week kicking off back in June just prior to the release of that film and cast members from Marvel's The Avengers ringing the bell at the New York Stock Exchange in May.

“We are thrilled to welcome Comic-Con back to New York this year and especially excited to celebrate the birthday of a real New Yorker, Spider-Man!“ said Katherine Oliver, Commissioner of the Mayor’s Office of Media and Entertainment. Over the years, Spider-Man has helped showcase the best of what New York has to offer our friends in entertainment, and New York Comic Con is an opportunity to see just how many other creative minds are using this great city for inspiration and as a backdrop for their stories.”

It will be Oliver who joins forces with Spider-Man and Captain America to make the announcement at 10:15 a.m. on Friday.

Marvel will also attempt to break the Guinness Book of World Records's recorded mark for the most contributions to a single greeting card, with a 6' by 8' card for Spider-Man provided by Hallmark. That card, presumably, will feature signatures from dozens of contributors to the Spider-Man mythology over the years.

“Spider-Man is one of the most popular and special characters in the world, so we wanted to make sure we celebrated his birthday in a big way ” said Dan Buckley, Publisher & President of the Print, Animation & Digital Divisions, Marvel Worldwide, Inc. “From working with the New York City Mayor’s Office for a very special announcement, to partnering with our friends at Hallmark Cards to make history, we’re ensuring that New York Comic Con is the place for fans of all ages to celebrate Spider-Man!”