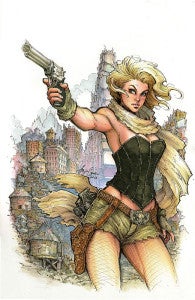 Aspen Comics, publishers of Fathom, the Executive Assistants titles and a number of other, mostly female-led action and fantasy titles, is about to kick off their New York Comic Con panel in a few minutes--but they've given ComicBook.com a sneak peek at their impressive roster of big, new announcements.

Among them? A pair of new series, and a major move on ComiXology that will see an increase in Guided View-friendly content and some of their biggest and best-selling books available as digital omnibus editions, starting with Michael Turner's Fathom.

Check out the official announcement checklist below:

New Aspen Series Debuting in 2014: Lola from creator Siya Oum (Charismagic, Executive Assistant: Iris) will be released in Spring 2014 and features a story fully written and illustrated by Oum. Featuring a post-apocalyptic landscape and one woman’s desire to discover the truth about her missing parents while she traverses the landscape known as the “Wasteland” in search of them. 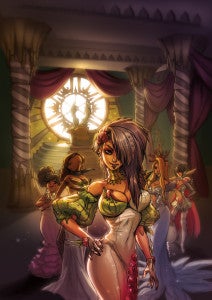 Returning Aspen Series in 2014: J.T. Krul’s fantasy adventure series Jirni returns for a second volume with the original first volume’s art team of Paolo Pantalena and Brett Smith following the breakout success of its initial offering. Aspen will also be releasing a spinoff mini-series written by Krul, Jirni: Fall of the D’jinn set for release the same month as the launch of Jirni: Volume 2.

David Wohl and Brad Foxhoven’s Legend of the Shadow Clan returns for a second volume as well, following the hit first story arc. The art team of Cory Smith and John Starr will be returning as the series art team for the next volume. 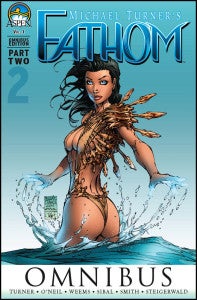 Aspen Novels New Release Aspen Novels is set to publish 7 To Die by author Tag Roberts in 2014. Aspen will be adding another novel to their burgeoning line of books this year with the release of “7 To Die” with more to follow soon. 7 TO DIE tells the story of Lex MacArthur, a bright, but struggling San Francisco college student who inexplicably receives an enigmatic clay pendant with an etched eight-pointed star in the mail. The pendant, which unlocks a bevy of dormant superhuman genes, also ignites Lex’s mission to discover who she is and where she came from. With several new enemies aggressively pursuing her to extort and capitalize on her newfound abilities, Lex is forced to fight for her life and save those she loves from certain death.

Aspen to Produce New Guided View Content For Comixology: Aspen will be offering all new titles featuring the Guided View feature on Comixology with more news and release dates to be revealed soon.