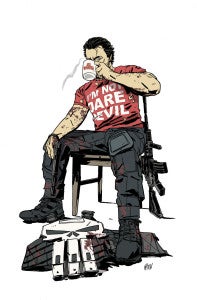 With The Walking Dead dominating the day, we didn't take our time to wrap up the remaining Marvel announcements from New York Comic Con--of which there were, of course, many. We'll run them down as quickly as possible, since the day is over and those of you who don't know, will want to before spoilers start to creep in! Superior Spider-Man #27.NOW, starting the "Goblin Nation" story, kicked off the announcements; written by Dan Slott and featuring art by Giuseppe Camuncoli, the series was featured in one of the earliest teaser images Marvel put out for New York Comic Con, teasing "The End." 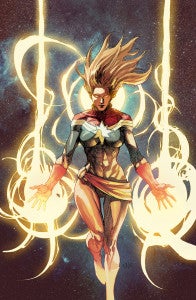 "Green Goblin on this side. Doc Ock/Spider-Man on the other side," Slott teased at the show. "It's all been leading to this." The writer said that all of the dominoes he's been lining up during Superior will start to fall in the story. Superior Spider-Man Team-Up #9 will be the lead-up to this story, Pyle said, and there's a time jump involved, so even though it's not a new #1, it will presumably feel a lot different, justifying its inclusion in the All New Marvel Now launch. "All bets are off, anything can happen, anyone can go at any second," Slott said. "I'll do it!" The "Higher" teaser was for Captain Marvel, which is returning in March with a new #1. "Higher, literally," DeConnick said, "We're taking it cosmic," so the fighter pilot goes to space. A fan later noted the similarities to Hal Jordan, but DeConnick either didn't know, or claimed not to know, who that was. The first arc of the new series is called "Higher, Faster, Further, More," a reference to the previous series, which they didn't relaunch during the first wave of Marvel NOW!, presumably because it was, then, so new that it would have seemed a bit silly. It can probably use the sales boost of a relaunch, though. 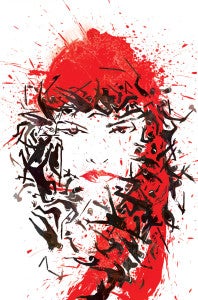 As expected, the "Assassin" teaser was for a new Elektra series. The book kicks off in March from writer Zeb Wells and artist Mike Del Mundo. A panelist at the Spider-Man panel today referred to Elektra as becoming "the Dexter of assassins." I guess that means the last issue will be pretty underwhelming, so let's all buy this to keep the end at bay. Meanwhile, fanboys may be sad to hear that while Elektra's costume will remain the same, they're "covering up her butt a little bit." The "Hunted" teaser was for a new Punisher series from Nathan Edmondson and Mitch Gerads, debuting in February 2014. The series sees Frank Castle moving to Los Angeles, and features one of my new favorite superhero comic book covers ever (seen at top). Thor: The Dark World co-writer Chris Yost will pen a New Warriors series, launching in February with artist Marcus To. Members include Justice, Nova, Speedball, Scarlet Spider and Sun Girl. More covers below. 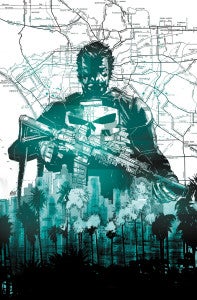 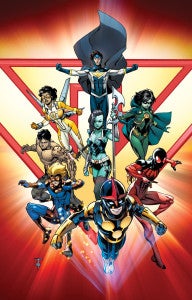