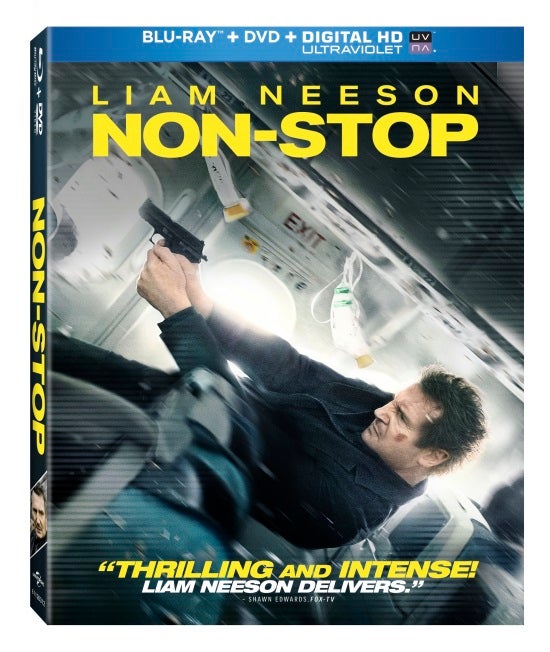 is coming to Blu-ray and DVD on June 10.

In Non-Stop, Liam Neeson (Taken, Unknown) is a U.S. air marshal fighting to save a plane full of passengers trapped aboard a plane 40,000 feet in the air. Available on Blu-ray Combo Pack including Blu-ray, DVD, Digital HD with UltraViolet and On Demand from Universal Studios Home Entertainment,  Blu-ray exclusive bonus features include a look at the making of the film and the challenges in staging the intense action sequences.  Non-Stop will also be released on Digital HD on May 27, 2014.

Non-Stop Comes To Blu-ray And DVD On June 10