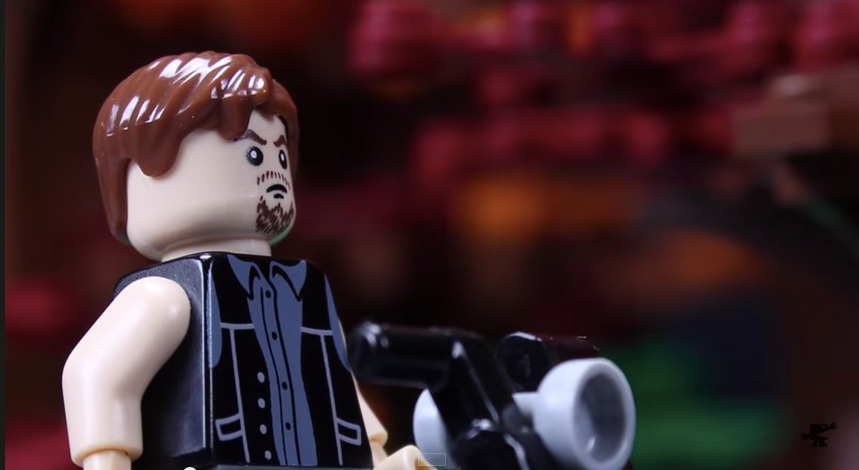 Even as a LEGO figure, The Walking Dead’s Daryl Dixon is hardcore.

In the latest piece of Lego mastery, brickfilm has constructed a “lost adventure” of The Walking Dead’s resident crossbow hunter entirely out of LEGO. As Daryl thrashes the plasticized undead to whimsical effect, we can’t help but hope that AMC crafts another Walking Dead Spinoff series in LEGO. It might go against Lego’s “All Ages” approach, but we’d like to think it could happen.

What do you think of LEGO Daryl Dixon? Would you watch a LEGO Walking Dead series? Let us know in the comments.