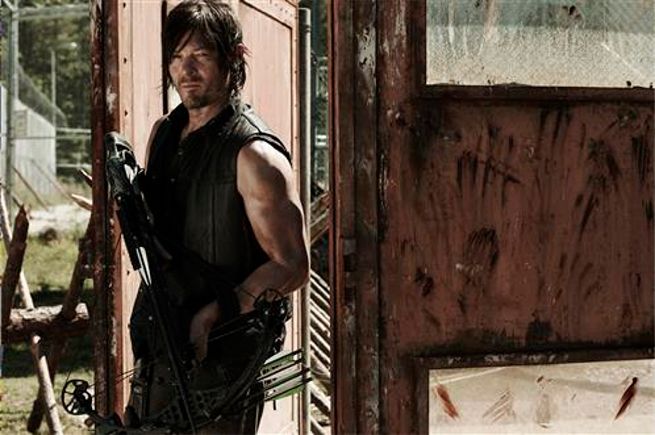 In a new interview with Access Hollywood, AMC's The Walking Dead star Norman Reedus revealed that every year at Comic Con International: San Diego he, Greg Nicotero and the series' other male leads have a ritual of heading down to the ocean.

Where, apparently, they run into the water in their bathrobes. That'll wake you up.

It came up when Reedus was asked whether he keeps in touch with his castmates via text message during the offseason, which started just days ago when the show wrapped principal photography on its fifth season.

"We all do actually. All of us do that. I was doing it [the other] night with Greg [Nicotero] and Steven [Yeun] and Andy [Lincoln] and Chandler [Riggs], because I found all these pictures that when we were in Comic-Con, in San Diego, we have this ritual where we get up super early, and we meet down on the beach in bathrobes and then we just run into the ocean and it's freezing, but it's like, it's become a tradition now, so I found all these photographs, and we had a little text chain going on," Norman told Access. "Yeah, we do it all the time."

The Walking Dead will return in October. If you're behind, a marathon will run over New Year's weekend and give you the chance to catch up from the beginning.