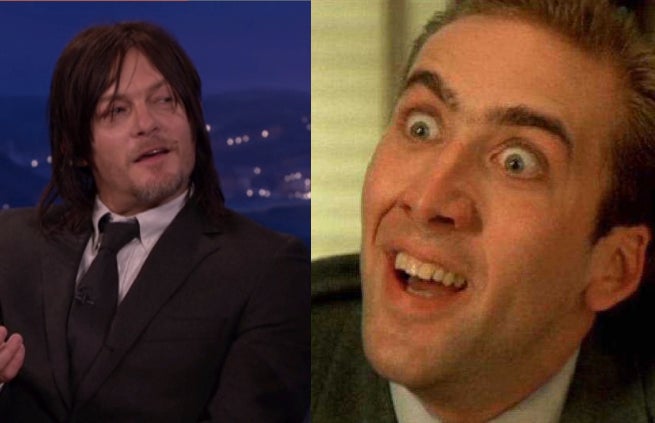 It seems that The Walking Dead’s Norman Reedus has developed an appetite for worms.

In a recent appearance on Conan, Reedus discussed how his Walking Dead character, Daryl Dixon, ate a worm to survive in a recent episode. But what Reedus revealed, however, was that an on-set animal activist group made him spit the worm out after the cameras stopped rolling.

But if given the chance, Reedus would have totally chowed down on that worm as an homage to Nicolas Cage. Citing a scene in Vampire’s Kiss, where Cage’s character eats a cockroach, Reedus apparently thought if Cage could eat a bug, then so could he.

Check out Reedus’ Conan discussion, and the cockroach-consuming scene, below.