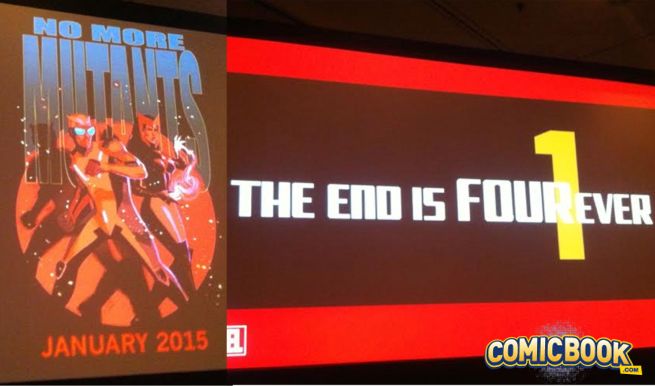 This morning, Marvel Comics held their first ever "Meet Marvel" panel in which comic shop retailers from across the country got access to the editorial team to ask them about the future of the Marvel Universe. ComicBook.com was allowed exclusive access to the panel to bring you the news and announcements made by the line-up of Dan Buckley, David Gabriel, Axel Alonso, C.B. Cebulski,Tom Brevoort, Jeanine Schaefer, Nick Lowe, Mike Marts, Mark Paniccia & Sana Amanat.

While we were asked to keep the retailer questions confidential, there's certainly enough to keep us all excited for what Marvel has coming up down the line.

The panel kicked off with the introductions to a full house by Sr. Communications Manager, Joe Taraborrelli.

The panel continued with Gabriel and company thanking retailers for their support with titles like Amazing Spider-Man #1, Rocket Raccoon #1, Death of Wolverine #1, Thor #1, Avengers & X-Men: AXIS #1 which are their best sellers this year.

Moving on to Marvel's 75th Anniversary celebration, Gabriel mentioned the slew of product carrying the banner and the crowd responded with applause. The celebration will be capped with a one-shot featuring a who's who of Marvel creators working together to tell the history of the Marvel Universe.

Audible gasps were heard as the crowd was treated to both an Alex Ross variant cover for Star Wars #1, and a trio of Skottie Young covers for Star Wars, Princess Leia & Darth Vader.

Taraborelli followed up with a recap of the new Avengers NOW! launches including All-New Captain America & Superior Iron Man with Brevoort and Paniccia explaining what's to come with each.

"if you can imagine the biggest thing we could possibly do, we do that in issue one. It only gets bigger from there," mentioned Brevoort when the Secret Wars piece by Alex Ross was shown. You can read more about Secret Wars here!

The panel ended with two teases, including the fate of the Fantastic Four, and a shot of Scarlet Witch and Quicksilver with the famous phrase "No More Mutants." 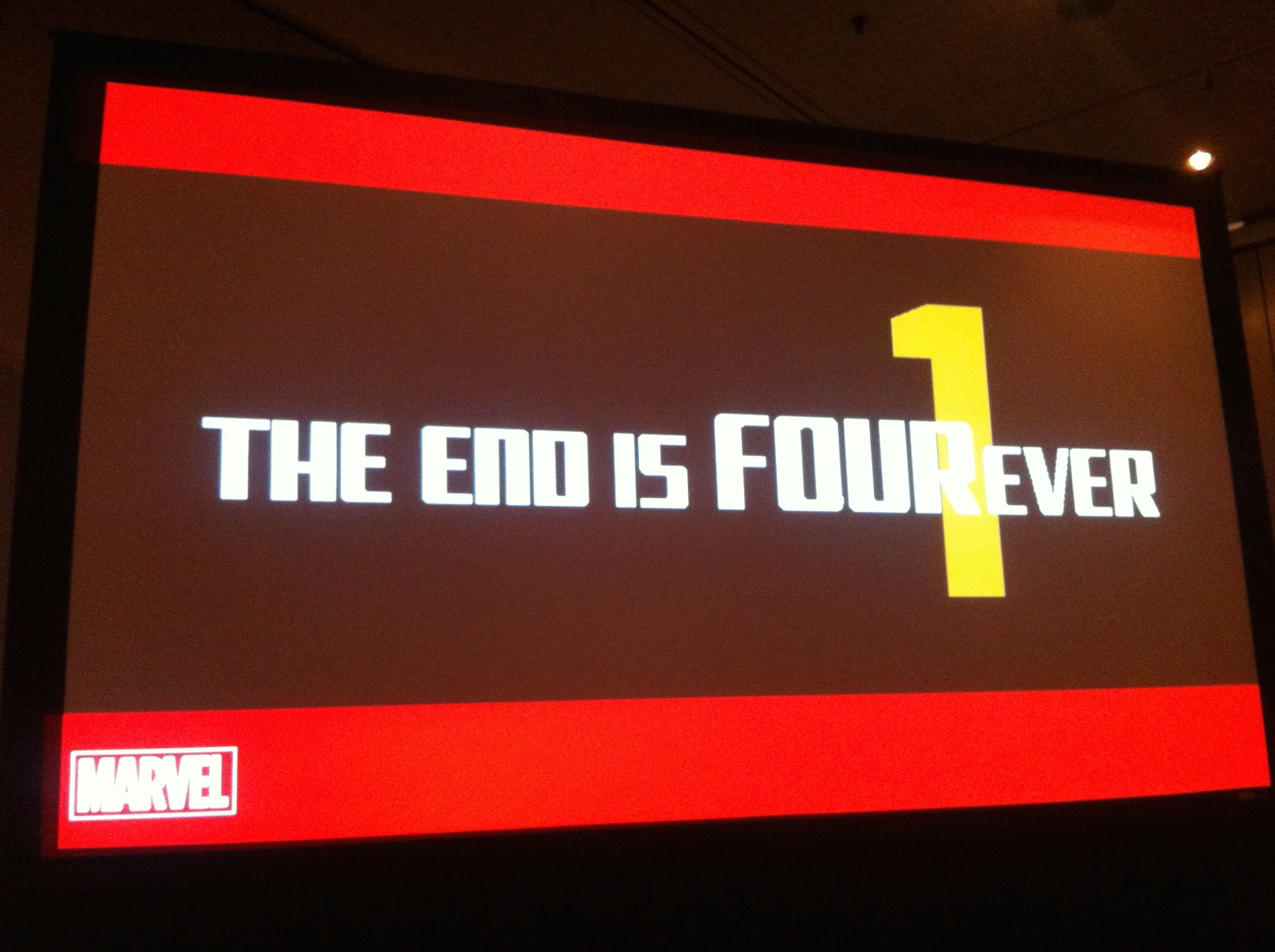 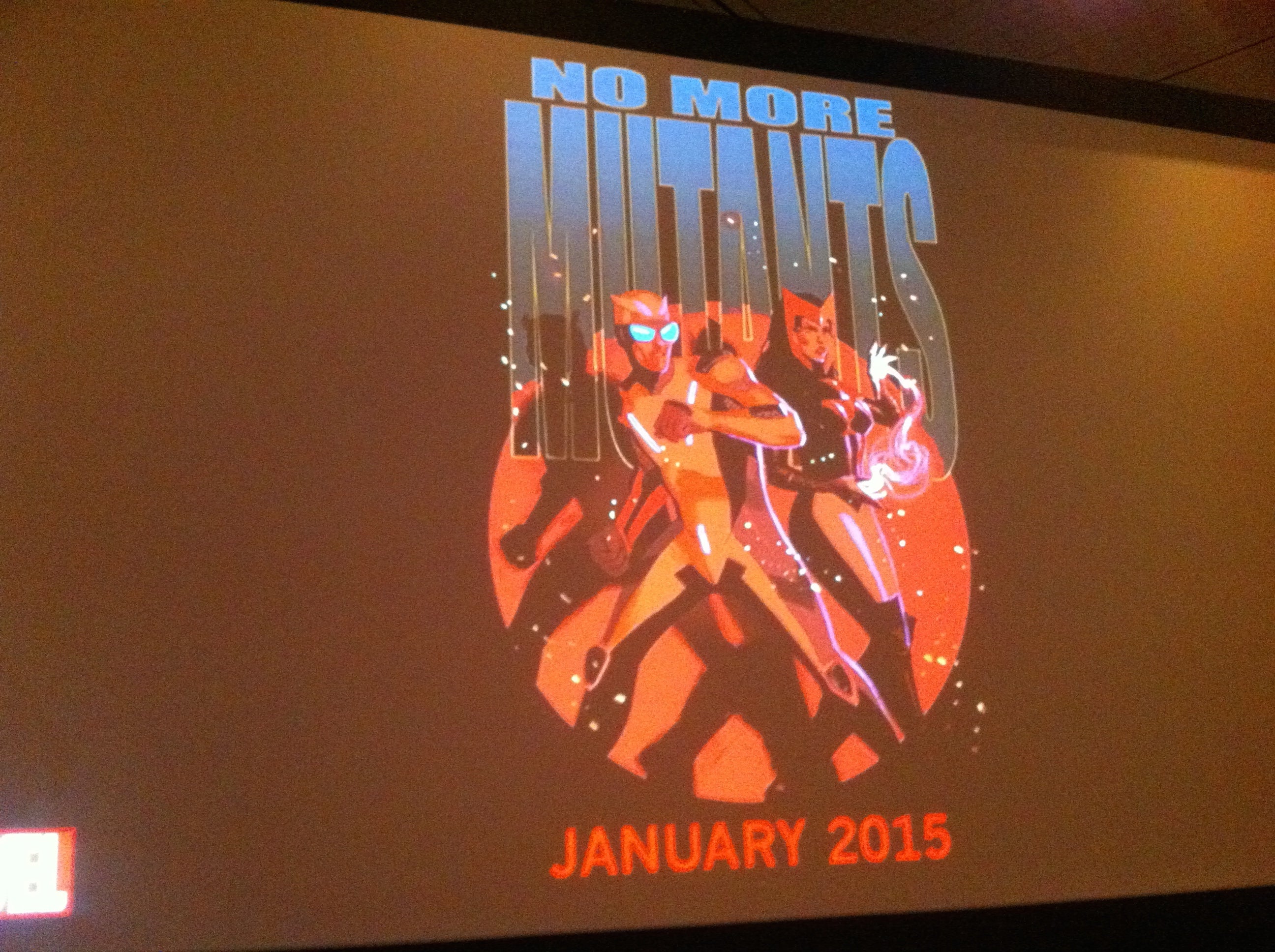 Stay tuned to ComicBook.com for more on these stories as they develop.