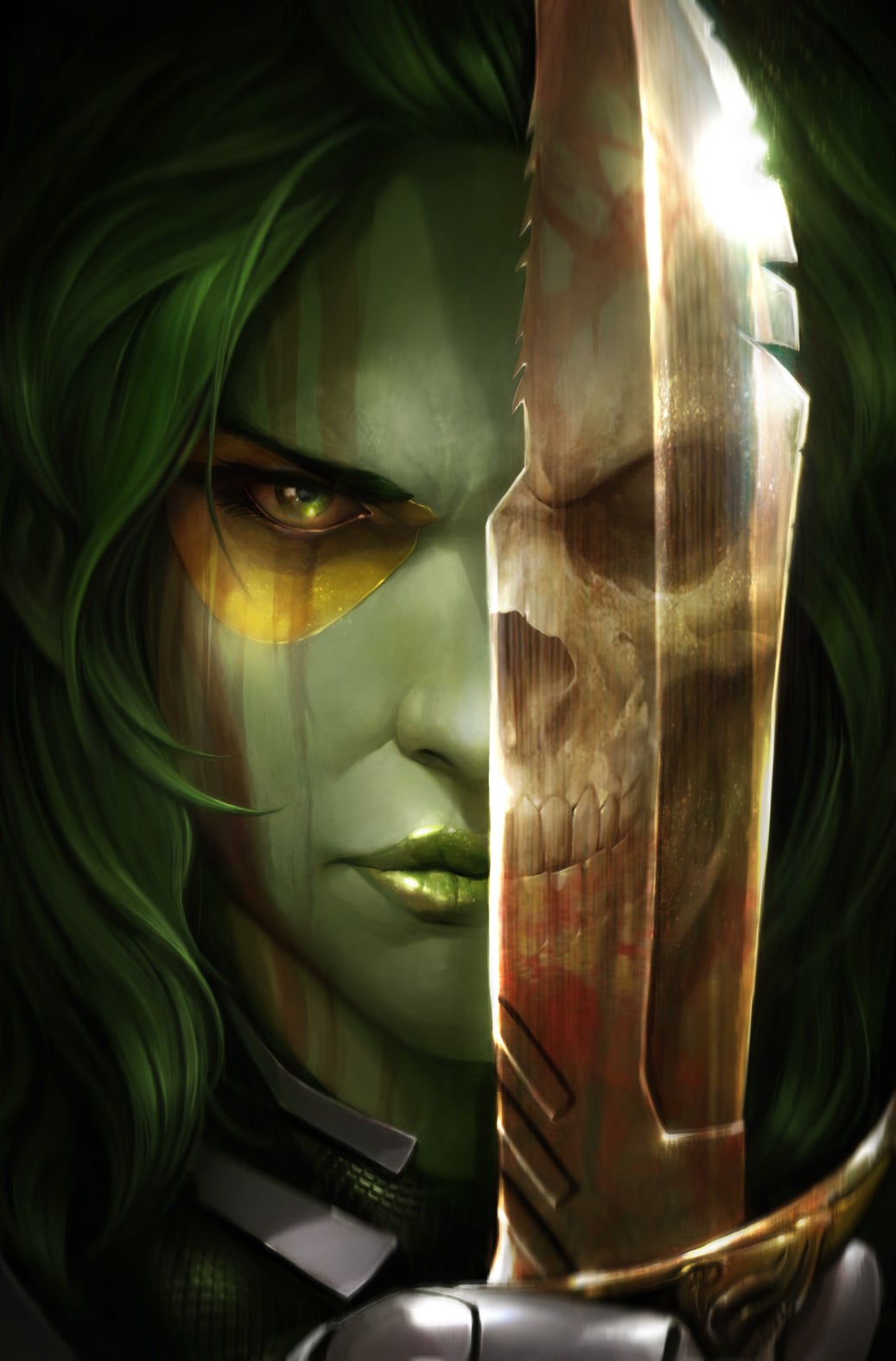 Gamora is finally getting her own solo title, but she isn't the only Guardians of the Galaxy star highlighting the upcoming series.

At New York Comic Con's "Women of Marvel" panel, Marvel announced that Guardians of the Galaxy's co-screenwriter, Nicole Perlman, will pen Gamora's monthly adventures. The series will mark both the daughter of Thanos' first solo title, as well as Perlman's debut comic book project. An artist was not announced and has yet to be determined, according to a Marvel press release.

While a concrete release date has not been announced, Marvel said that Gamora will land in the spring of 2015.