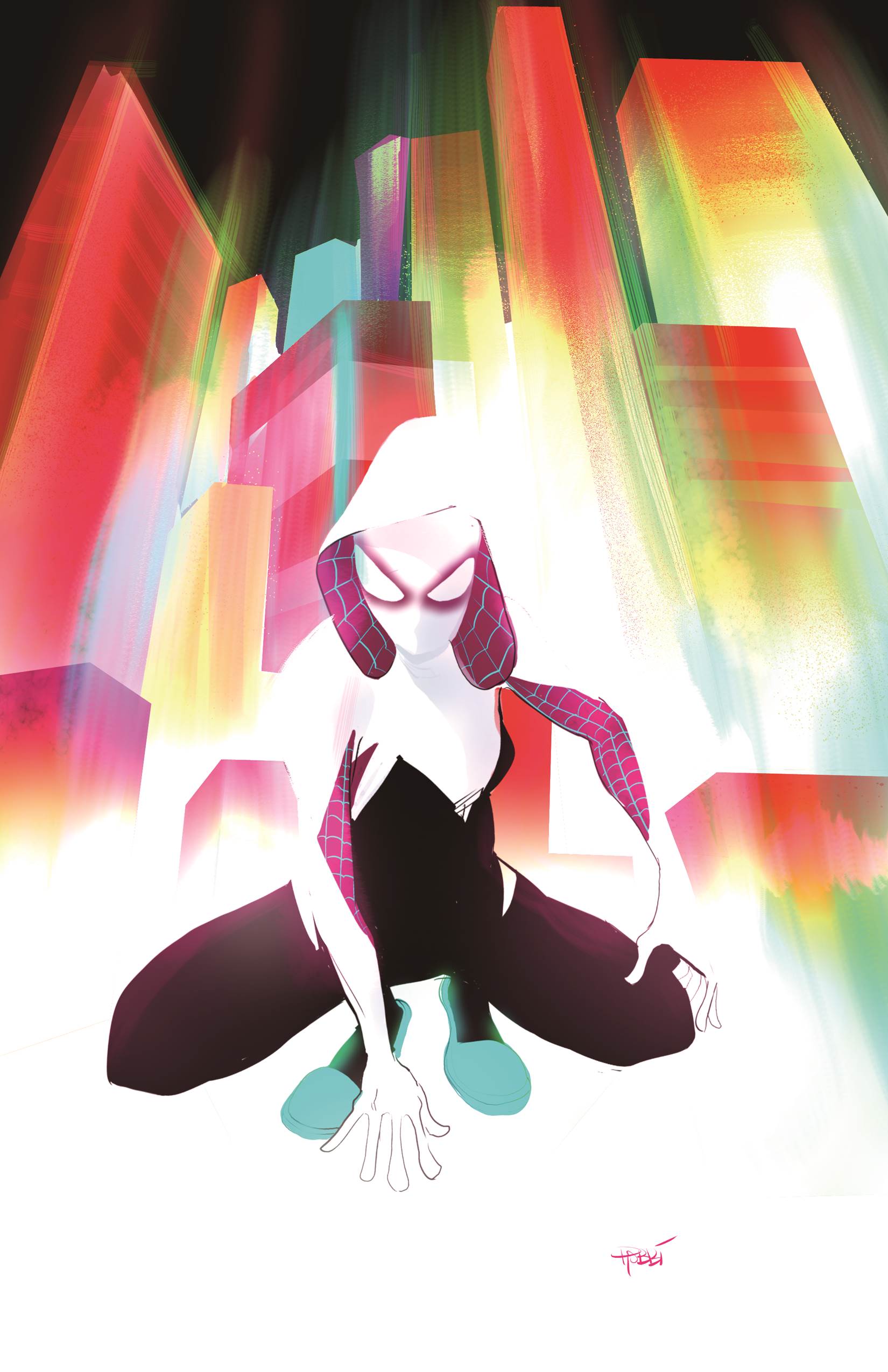 Fresh off her acclaimed and massively buzzed-about debut in Edge of Spider-Verse, the alternate-universe Gwen Stacy known to readers as Spider-Gwen will get her own, ongoing series starting in February, Marvel Comics announced today at their Spider-Verse panel at New York Comic Con.

From writer Jason LaTour, artist Robbi Rodriguez and colorist Rico Renzi, word of the series leaked online earlier this weekend after Marvel mentioned it at a retailer event -- but the official word, as well as the first cover, came down this afternoon.

Spider-Gwen is a real case of striking while the iron is hot; the character first appeared just a month ago, and the fan and critical response has been overwhelming.

"The biggest flaw is that there's no guarantee of Jason Latour and Robbi Rodriguez creating an ongoing series to follow this issue," wrote ComicBook.com's Chase Magnett in his glowing review of her appearance in Edge of Spider-Verse #2.

Fans have got in on it, too; the band Married With Sea Monsters has recorded the song "Face It, Tiger" by The Mary Janes, a fictional song featured in Edge of Spider-Verse #2. In the context of the story, the song is performed by The Mary Janes -- a band composed of Mary Jane Watson on vocals along with drummer Gwen Stacy, Glory Grant on keyboards and Betty Brandt on lead guitar.

Spider-Gwen is one of two female-led, spider-powered books announced at the panel today, the other being Silk. That title features Cindy Moon, the other teenager bitten by the same spider that bit Peter Parker and made him Spider-Man.