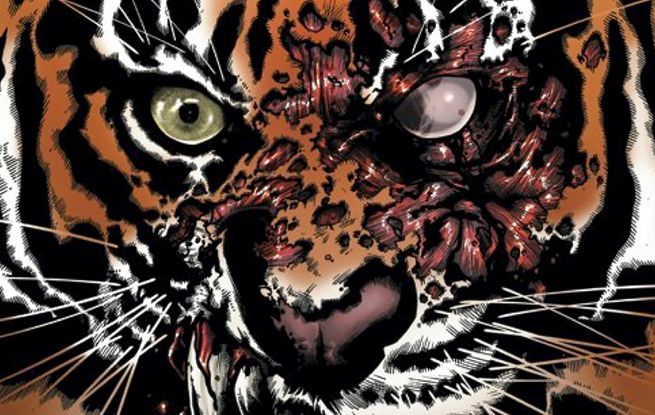 Animal Planet announced today that they will develop a scripted series based on the hit IDW Publishing comic book The Other Dead.

The series, featuring art from Teenage Mutant Ninja Turtles co-creator Kevin Eastman, came out in 2013 and was set in a world where a zombie pandemic had impacted animal populations. The story is set in Louisiana during the ‘next Hurricane Katrina’ and features an eclectic cast of characters thrown together into a nightmarish world of undead animals and unrelenting storms.

"It seemed so obvious to us and we couldn’t understand why no one was doing it," said co-writer Digger T. Mesch in a ComicBook.com interview when the book came out. "[Co-writer Joshua Ortega] was the one who unlocked the animal zombie box with Other Dead. My original story was more of a free for all where everything was affected ...more Evil Dead than Walking Dead, and very heavy on the animal side with only an occasional human infection until the very end. This is the beauty of working with creative powerhouses that you respect, because Josh immediately came back and dialed in that what was truly special about it was the zombie animal angle. In that moment, I think we both knew the overall direction for the project."

Animal Planet is targeting first quarter of 2016 for its premiere. For Animal Planet, the series is being developed by Vice President of Development Kurt Tondorf. with Mesch and Ortega on board as well.

“The entire creative team could not be more excited about this partnership, and the timing for The Other Dead series could not be more perfect,” said Ortega. “Zombie animal meets Animal Planet? Sounds like we have some serious undead fun ahead of us.”

NYCC: The Other Dead Coming to Animal Planet