Leto is sporting short green hair, dental grills and one purple-colored glove on his right hand. I'm getting a vibe from the emaciated truck driver thing that Scott Snyder and Greg Capullo did in the Death of the Family story arc.

Leto's pose is also of interest. It's an homage to writer Alan Moore and artist Brian Bolland's The Killing Joke. Keep in mind, this is the second image that David Ayer has released with Leto that references that graphic novel. 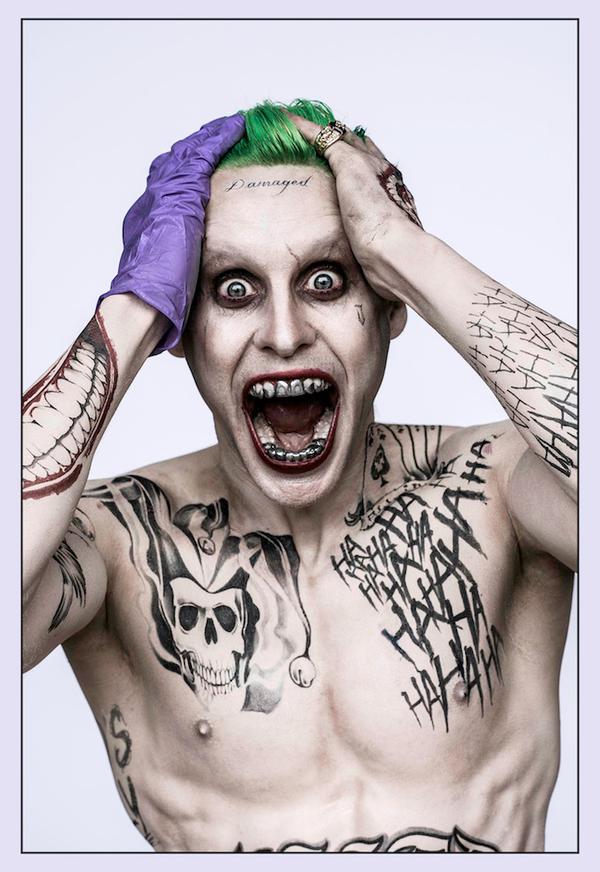 The film will star Jared Leto as The Joker, Margot Robbie as Harley Quinn, Will Smith as Deadshot, Jai Courtney as Captain Boomerang, Joel Kinnaman as Rick Flag, Jay Hernandez as (we assume) El Diablo, and Cara Delevingne as Enchantress. Viola Davis will play Amanda Waller. Suicide Squad is due in theaters August 5, 2016.

Let us know what you think of The Joker's look in the comment section below.

Official Look: Jared Leto As The Joker For Suicide Squad

AMC Networks Boss: The Walking Dead Universe Will "Live for a Long Time"