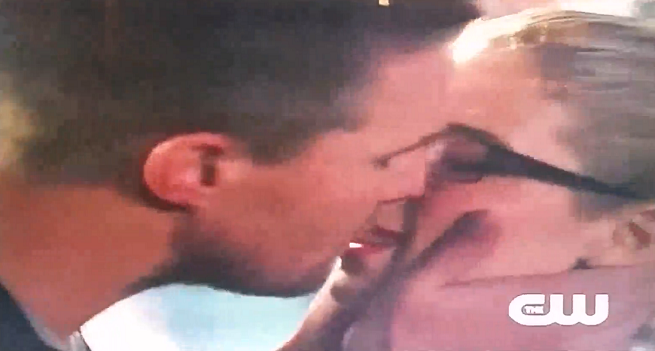 Guggenheim had told fans that he was sure the footage would find its way online eventually, but that he and the other producers were waiting for the time to be right -- which some fans took to mean that the next time the Oliver/Felicity relationship was addressed onscreen and it was relevant to something going on or being marketed in the series.

As you'd expect, that wasn't enough for some fans, who asked him whether he would expedite the footage's release if they managed to make the phrase "Trollenheim show us Olicity kiss 2x23" trend on Twitter. 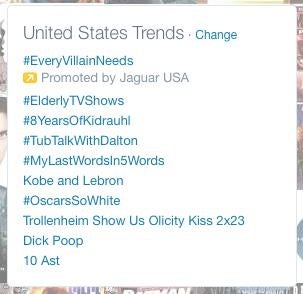 Of course, the challenge was that they had to make it trend worldwide, and the screen capture shared at right is U.S. trends...but it was enough for Guggenheim, who posted the image along with the note "Wow. Okay, I seriously feel the power now. Gotta get on this… #apromiseisapromise."

Edit: As noted in the comments below, it did eventually trend worldwide; that just isn't the image Guggenheim used.

It's still not clear exactly when he'll release it; after all, even though he's an executive producer and often the voice of the show, he doesn't actually own unused footage and presumably has to run it past The CW, Warner Bros. Television, the other producers, etc.

Still...the power of the Internet.