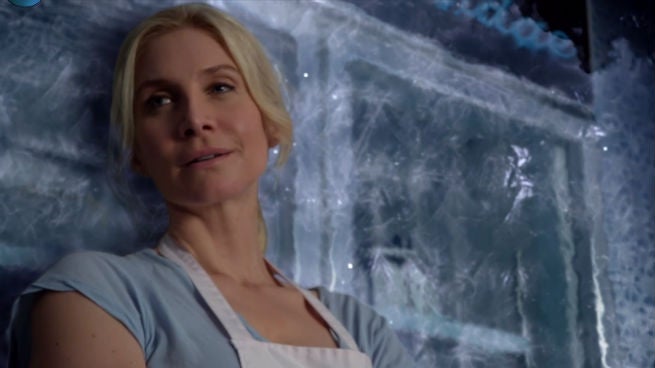 The revelation came during a flashback to fairy tale times, set in Arendelle. Elsa freed the Snow Queen from a magical urn and, upon returning home, learned that the Snow Queen was in fact her aunt, which tied into the source of her powers, a major part of the episode.

Producers assured fans at New York Comic Con this week that there will be no similarities between this story and the actual plot of Disney's upcoming Frozen 2.

Once Upon a Time airs on ABCs Sunday nights at 8 p.m. ET/PT.

Once Upon a Time Reveals Elizabeth Mitchell's Mystery Role