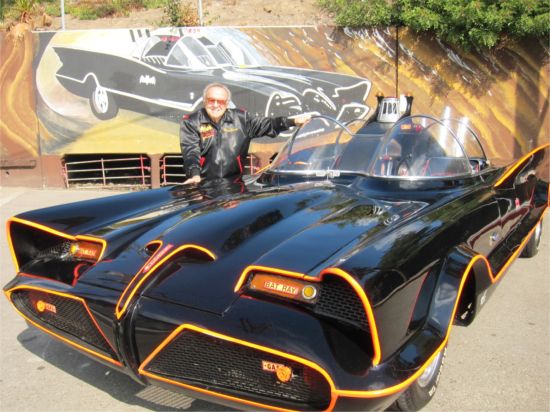 Have you always dreamed of owning a Batmobile? Well, if you have a lot of cash, then your opportunity might be coming up soon. The original 1966 TV Batmobile Owned by George Barris is being put up for auction. The auction will be held Barrett-Jackson, which is a company known for auctioning off some of the world’s greatest collector cars.

The Batmobile will be auctioned at Barrett-Jackson’s 42nd annual Scottsdale auction in January. The Batmobile in question is the only 1955 Lincoln Futura concept car which was heavily modified by legendary customizer George Barris to become the original 1966 Batmobile in the live action TV series Batman, as well as the movie adaptation, starring Adam West.

The original Batmobile has been a part of Barris’ personal collection since he first bought it from the Ford Motor Company for a dollar in 1965. Barrett-Jackson’s Scottsdale auction will mark the first time the car has gone up for sale since then. It's very likely that the car will sell for way more than a dollar this time though.

Here are some more details on the car: “The original one-off 1955 Lincoln Futura concept car was originally created by Ford Motor Company and a design team at the Lincoln Styling Department. The 19-foot long, two-seat, bubble-topped grand touring car prototype was entirely hand-built in 1954 by Ghia Body Works in Turin, Italy, and unveiled in its original pearlescent Frost-Blue white paint finish in 1955 at the Chicago Auto Show.

The car featured instruments housed in the steering wheel, as well as a push-button transmission, exterior microphones to pick up and transmit the sounds of traffic to the occupants inside, and a host of other innovative devices. According to several reports, it was described as a ‘rolling laboratory’ from which Ford would learn about new technology to apply to their production automobiles. In 1959, sporting a fresh red paint job, the Futura was featured in the film, It Started with a Kiss, starring Debbie Reynolds and Glenn Ford.

Barris then acquired the vehicle and kept it in his garage for several years. In late 1965, 20th Century Fox Television and William Dozier's Greenway Productions contacted Barris and asked him to produce a Batmobile for the upcoming TV series. With only 15 days and $15,000 budget to build a Batmobile, Barris decided to transform the Lincoln Futura concept car into what is now widely recognized as the original and iconic crime-fighting vehicle.

In addition to being featured on various television/movie sets, the original Batmobile has been exhibited at numerous car shows and museums around the nation. The car is also exclusively featured in Christopher Nolan's Batmobile Documentary, which can be viewed as a bonus feature on The Dark Knight Rises DVD. It will go up for auction along with memorabilia and documentation from Barris’ personal archives.”

“There are only a few things in life that are able to capture the soul of an era and the Batmobile by George Barris did exactly that,” said Steve Davis, President of Barrett-Jackson. “There are the real fans that will strongly advocate, till this day, that coming home to watch the Batmobile soar out of the Batcave defines a lot of their first childhood memories. Whether you're a car collector, entertainment enthusiast, or an average Joe looking to buy his dream car, you’re going to want to witness history being made in January with the sale of this car.”

“The 1966 Batmobile by George Barris is one of the most famous Hollywood cars in history and it has become a true icon that has been carried from generation to generation of Batmobiles to follow,” said Craig Jackson, Chairman and CEO of Barrett-Jackson. “This vehicle not only marks the significant Bat logo that sits on the middle of its door, but a time in television history where they defied the odds of making a car the real star of the show. It revolutionized an entire industry that followed in its footsteps and we couldn’t be prouder to have it cross our block in Scottsdale as it goes up for sale for the very first time.”

The Batmobile will cross the block alongside Barrett-Jackson’s 5000 Series on Saturday, January 19th from 5 PM to 9 PM. 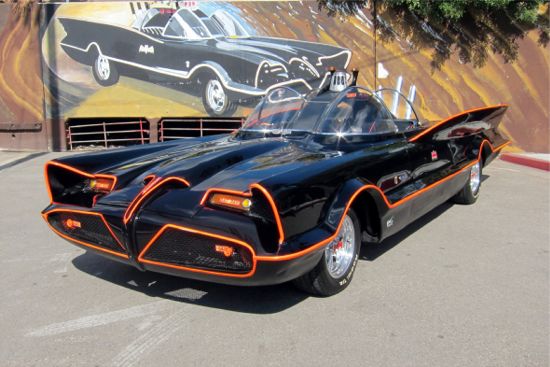 Original Batmobile Being Put Up For Auction