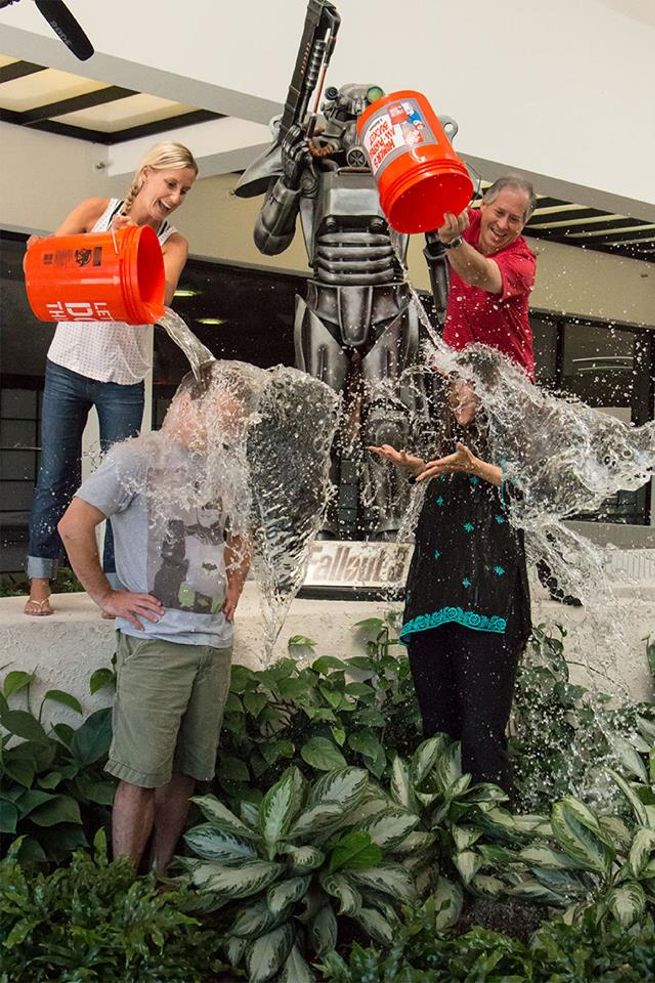 The terrific person that she is, Carter responded by not only accepting the challenge, but by also issuing some words of support as Gadot takes on the Wonder Woman role in Batman V. Superman: Dawn of Justice.

On Facebook, Carter wrote, "I am on my way to the famous Bethesda Softworks video game company (creators of Fallout and Skyrim..and many more blockbuster games) to do my ALS ICE BUCKET CHALLENGE. They have graciously agreed to throw a bucket of ice water on my head. Gal Gadot: don't forget... we are now sisters in this...and don't you just adore Ben Affleck? Ben Affleck: I knew you when we did "DADDY"..you were a force... now you are a superhero force!"

Another interesting observation is that Carter stood in the middle of a group of plants while taking the ALS Ice Bucket Challenge, so the water wasn't wasted.