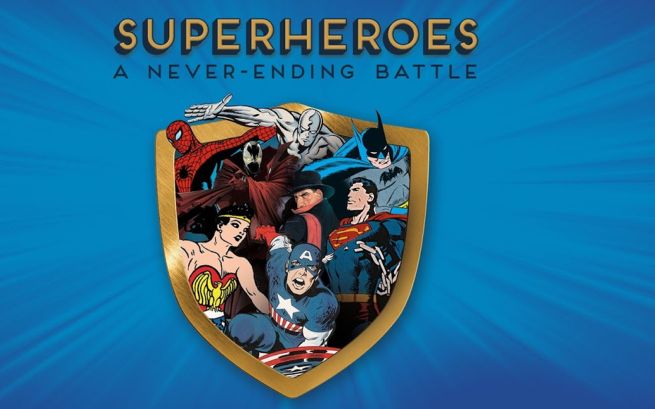 As an artistic and pop culture medium, comics have attracted the attention of almost every branch of journalism. That interest has resulted in some terrific documentaries that chronicle the history behind the industry, and reveal the hidden truths lurking between each comic's panel.

The comics industry was treated to the latest documentary exploration last week with the release of “She Makes Comics,” a wonderful piece of work that explores women’s past and present standings within comics. With that film’s release in mind, we decided to explore the best comic book documentaries around. As each film delves into the industry through fun and unexpected angles, hopefully they’ll give you something new to appreciate about the industry.

This PBS-produced documentary covers the entire comic book industry and culture, spanning from its newspaper roots all the way to 2013. Clocking in at three hours, this detailed production covers every major beat in the history of comics, and more. With veterans, historians, celebrities, and creators adding weighing in on each report, viewers can understand all the information with proper context and insight. Die-hards may may already understand the bulk of what this documentary covers, but it should feel extremely informative for casual  fans. Add in the professional production level, and you have a quality introduction into comic book documentaries.

Legends of the Knight

We all know that Batman transcends his comic book origins as one of pop culture’s biggest icons. What we didn’t necessarily know, however, is that Batman transcends even that. He's an inspirational figure to those in need. That’s the premise for Legends of the Knight, which explores how the idea of Batman can empower, encourage, and motivate people to trump life’s everyday challenges. Filled with personal anecdotes, this film proves how Batman gives strength to victims, go-getters, and anyone simply seeking a strong role model. If you’re looking for a street-level view at how comic book icons influence their readers, you won’t get a more earnest look than Legends of the Knight.

After praising it earlier, we kind of had to include this one on the list. She Makes Comics details women’s history within the comic book world, showcasing just how important females were to an industry that’s usually perceived as a “boys club.” But this documentary isn’t a basic history lesson. Interviews with numerous icons like Kelly Sue DeConnick, Karen Berger, and Jenette Kahn provide a fresh perspective on how the games was played back in the day, giving a behind-the-scenes look that even industry buffs can learn from. She Makes Comics also distinguishes itself for offering a feminist critique on the comics industry. By exposing the gender inequalities that both fans and creators face, the film is also a call to action, telling everyone that it’s time for change.

Man, Grant Morrison is one trippy guy, huh? That mind-bending experience you get whenever you read a Morrison-penned comic carries over into this cinematic portrait of the esteemed creator. Equal parts profile and existential thought-piece, the film chronicles Morrison’s life both internally and externally. Viewers can trace his rise to stardom and weed through his incomparable thoughts on creativity, the universe, and lots o' drugs. There are some sequences that are pretty hard to follow, perhaps intentionally, thanks to the film's abstract cinematography. But we have a feeling that’s just the way Grant wanted it. Whether you’ve read Morrison’s autobiography “Supergods” or not, you’ll find no deeper of an exploration into comics’ most profound mind.

The Death of Superman Lives: What Happened?

The documentary isn’t technically out yet, but based on what we know so far (which is a lot), this is going to be one of the more interesting docs in a while. The Death of Superman Lives: What Happened? traces the Tim Burton-directed Superman blockbuster that never was. With Nicholas Cage starring as Superman, and cameras weeks away from rolling, Warner Bros. suddenly axed the film. So what happened? That’s the question filmmaker Jon Schnepp seeks to answer. By speaking with those closest to the project (including Burton) and uncovering loads of unused production art and videos, Schnepp creates a Frankenstein's monster's version the doomed Superman movie. By the end of the doc, viewers will know what story would have encompassed, what the tone would have been, and why it ultimately failed to launch. As Schnepp works on finishing the film, he’s already revealed loads of interesting facts, art, and anecdotes from Superman Lives. The final product can’t come soon enough.