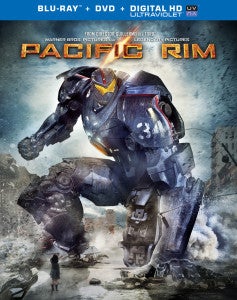 Could Warner Bros. and Legendary Pictures be angling to bolster Pacific Rim's chances of a sequel with an early DVD release that capitalizes on all the pent-up excitement fans still have for the monsters-versus-robots film?

It's also just a three-month turnaround, which for a disc that's packed with features is pretty impressive. Many of these must have been put together by the time the film hit cinemas in July. Even the DVD is pretty packed with features, which is a nice perk since in the recent past it's become almost a standard practice at Warner Bros. to make features Blu-ray-exclusive. 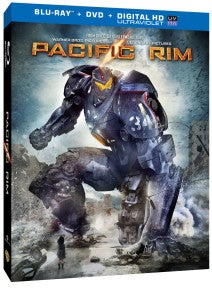 Besides being released to DVD and Blu-ray on October 15, Pacific Rim will be available for download in HD or standard definition from online retailers including but not limited to iTunes, Xbox, PlayStation, Amazon, Vudu, CinemaNow and more. The film will also be available digitally in High Definition (HD) VOD and Standard Definition (SD) VOD from cable and satellite providers, and on select gaming consoles and broadband customers including Amazon, iTunes, etc.

Everything but the Director's Notebook will also be available on the DVD.

Pacific Rim Coming to Blu-Ray and DVD on October 15