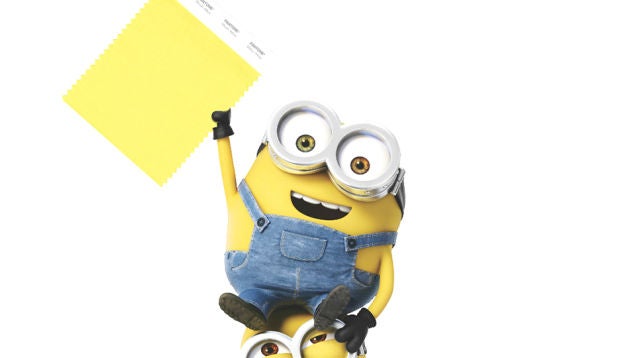 Pantone has introduced a new paint color inspired by the Minions of the Despicable Me franchise.

So, for all of you fine arts painters who have need to depict the Minions accurately, you're in luck.

To celebrate the upcoming Minions movie, Pantone worked with designers from Universal Pictures to determine the precise shade of yellow for the minions, then designated it an official Pantone reference.

What's that mean? According to Gizmodo, "Pantone is a household name among designers and artists thanks to its Color Matching System, a way of organising basically any conceivable color, assigning a number, and specifying how to make it by mixing 14 base pigments. It's used in manufacturing and publishing around the world as a way of standardising colors."

So it's a high honor to be standardized to a Pantone shade, and another accolade for some of the most popular oddly-colored, barely-verbal supporting characters this side of the Incredible Hulk.

The Teenage Dirtbag Challenge Gets an Upgrade From Wheatus