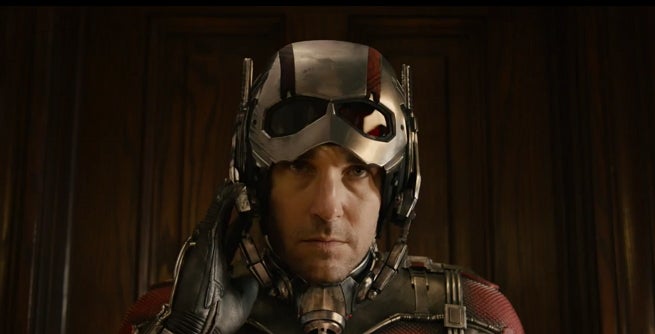 Ant-Man hasn’t even hit theaters, but the pint-sized character is already knee-deep in the Marvel Cinematic Universe.

As Marvel Studios revealed this spring, Ant-Man will appear in next year’s Captain America: Civil War. Ant-Man star Paul Rudd has been hard at work filming the movie alongside his fellow Marvel actors in Atlanta, Georgia since the announcement was made, but he finally broke his silence on the major development in a recent interview.

"It's been an interesting thing [playing Ant-Man] because I also just went and worked a little bit on Captain America 3," Rudd told The Best Show. "To be in that Marvel world, but kind of be somewhat in a bubble [on the solo movie] and now to kind of have these experiences where I'm standing opposite Captain America, It's been a surreal ride so far. It's really only just starting."

"Only just starting," eh? Does this mean audiences can expect more Ant-Man after Captain America: Civil War? Avengers: Infinity War is going to need an awfully big cast to fill out its two installments, so we’re sure that Marvel will recruit even its smallest hero for the adventure.

Do you want to see Ant-Man claim a larger stake in the Marvel Cinematic Universe? Whose side will he join in Civil War? Let us know in the comments!