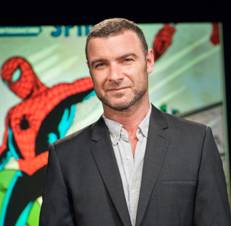 So far, most of the PR surrounding PBS's Superheroes documentary has been fairly negative, with both industry and general press going after Spawn creator Todd McFarlane for inflammatory comments he made during the series's upfront presentation.

The network hopes to change that, though, and have officially scheduled the series, so expect to hear much more about it over the next month or so.

Co-written by Kantor and Laurence Maslon, the program was initially expected to premiere October 8 and play over three weeks, but the series will now be a one-evening marathon of super entertainment.

Narrated and hosted by Liev Schreiber, Superheroes: A Never-Ending Battle is the first documentary to examine the dawn of the comic book genre and its powerful legacy, as well as the evolution of the characters who leapt from the pages over the last 75 years and their ongoing worldwide cultural impact. Among other things, it will be one of the first mainstream programs to examine the Comics Code's founding following the hysteria kicked off by The Seduction of the Innocent and how superheroes were created, in large part, by the children of immigrants whose fierce loyalty to a new homeland laid the foundation for a multi-billion-dollar industry that is now an influential part of our national identity.

“Superheroes: A Never-Ending Battle is one of the most comprehensive surveys of the vibrant comic book industry ever created; it explores cultural histories in an entertaining and educational way — just as PBS viewers have come to expect,” said Donald Thoms, Vice President, Programming and Talent Management for PBS.

The series will be presented in three one-hour parts: Part one, airing at 8 p.m., which chronicles the period from the creation of Superman to 1958, when the Comics Code was new and The Adventures of Superman took to the TV airwaves. Part two ranges from 1959-1977 and examines the rise of Marvel and the beginnings of socially- and artistically-significant comics storytelling through works like Dennis O'Neil and Neal Adams's Green Lantern/Green Arrow. The third and final part covers the time from 1978--when the first major Superman motion picture was released--to the present day, when superheroes have taken over popular culture even as the comics industry flounders.

A new book based on Superheroes: A Never-Ending Battle, titled Superheroes!: Capes, Cowls, and the Creation of Comic Book Culture and penned by series co-writer Laurence Maslon and filmmaker Michael Kantor, will be available October 1, 2013, from Crown Archetype, a division of Random House. This companion volume tells the story of the superhero in American pop culture, with interviews, character biographies and more than 500 illustrations.