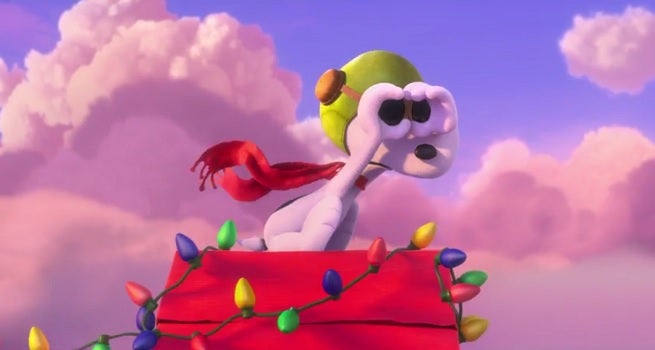 Blue Sky Studios have debuted the first full theatrical trailer for Peanuts, based on the comic strip by Charles Schulz.

Peanuts, which features a screenplay from Schulz's screenwriter grandson Bryan and his writing partner Cornelius Uliano, will remain firmly in the family even as big studios have to be involved to fund and distribute the film. “With my father’s work this is three generation of Shulzes on this film,” said Craig Schulz, the film's producer and Schulz's son.

The trailer heavily features Snoopy in his doghouse, chasing the Red Baron, with a holiday spin.