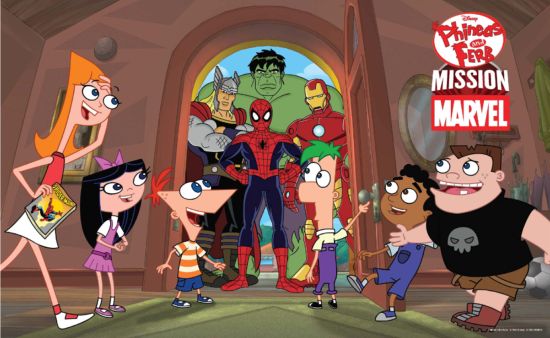 In anticipation of tomorrow's DVD release of Phineas And Ferb: Mission Marvel, we've got some images to share of some exclusive Mission Marvel posters. Each DVD comes with a collectible comic book and one of the three exclusive Marvel posters (packaged at random). After Dr. Doofenshmirtz's latest "-inator" scheme accidentally removes the powers of some very well-known Marvel Super Heroes (Spider-Man, Iron Man, Thor, and Hulk), the heroes enter the world of Danville and team up with Phineas and Ferb to relocate their powers, defeat the Marvel Super Villains (Red Skull, MODOK, Whiplash and Venom) - who have also shown up to steal Doofenshmirtz's power-draining technology - and save Danville from ultimate destruction! The Phineas And Ferb: Mission Marvel DVD is being released in stores on Tuesday, October 1, 2013. 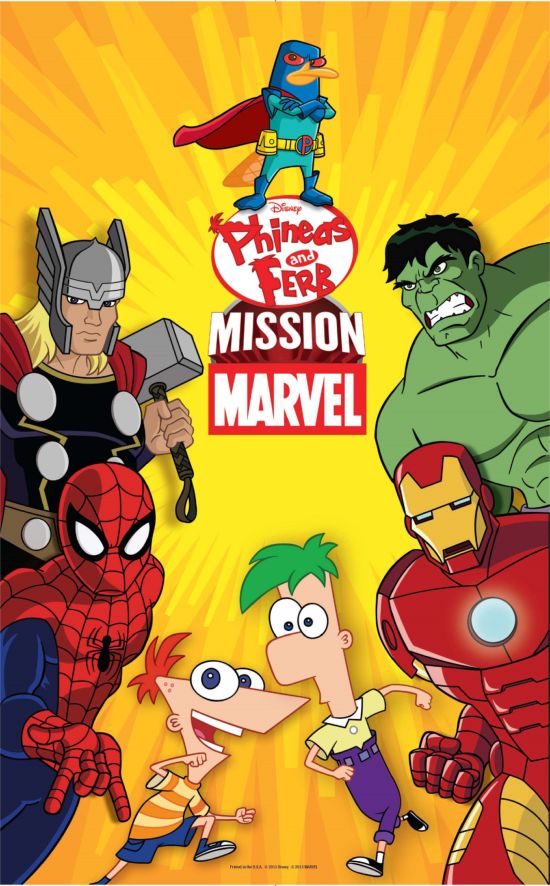 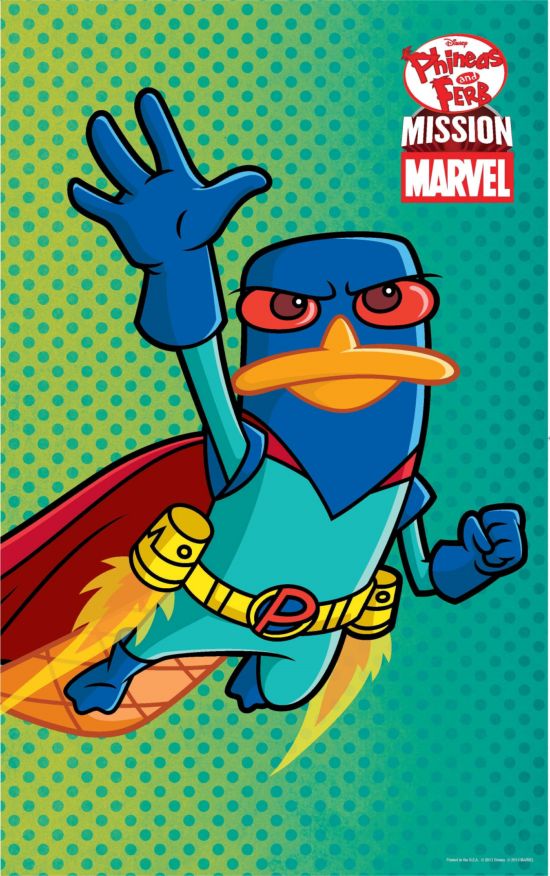