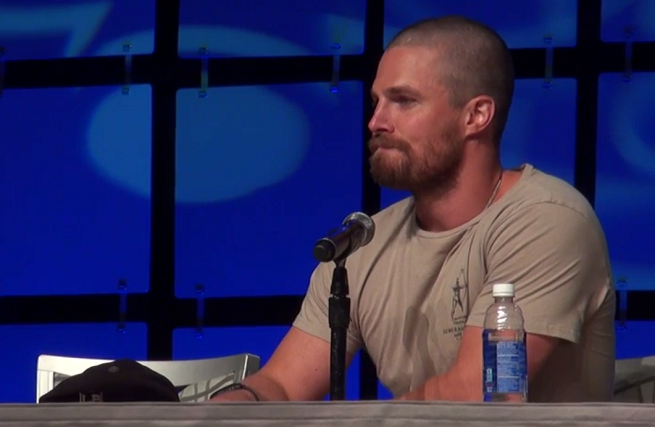 We've already reported on a lot of what Stephen Amell covered in this weekend's panel at the Phoenix Comic Con:

...Well, now you can see for yourself, thanks to the magic of an audience member capturing the whole panel in HD and uploading it for your enjoyment.

You can see the panel embedded below. Even though we've spoiled those small handfuls of reveals, we promise there's plenty more good stuff there.