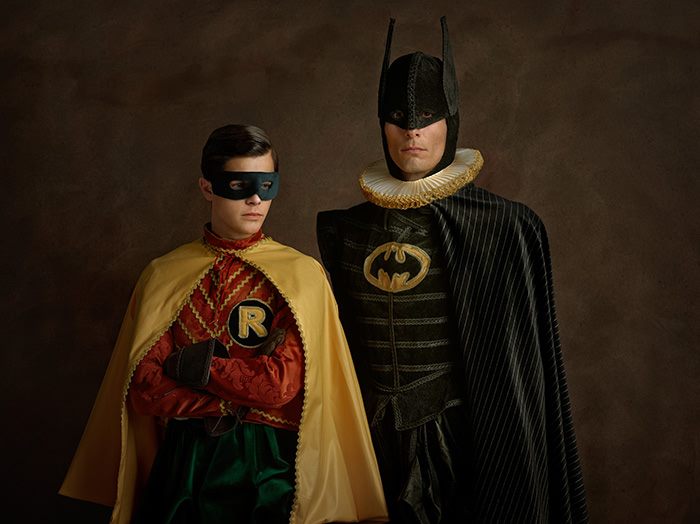 If you need proof that cosplay is a legitimate art form, look no further than photographer Sacha Goldberger’s breathtaking work. Sacha just released a series of Renaissance-era superheroes at a special art exhibition in Paris this past weekend, showcasing a quality of work that should make seasoned Hollywood designers squirm in their seats.

But Goldberger wasn’t alone in this incredible operation. As his Facebook page reveals, he had an entire crew backing him up, from makeup and hair artists to casting directors. It explains why so many of the characters resemble the iconic Hollywood actors who have brought them to life. That’s right: From Adam West’s Batman, to Lou Ferrigno’s Hulk, every single model was cast and made-up to embody the actors. No CGI here, folks.

We’ve displayed a few of Goldberger’s portraits in the gallery below, but you owe it to the artists to see Goldberger's full portfolio on his personal site and Facebook page. And while you’re at it, give him a medal.