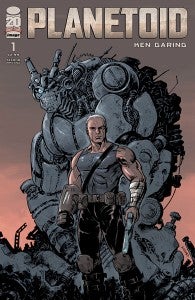 Image Comics announced earlier today the latest in a recent spate of sell-outs: Ken Garing's Planetoid #1 has sold out at the Diamond Comics Distributor level and will head back to presses for a second printing.

The series, which explores a world where man and technology are at war, is a post-apocalyptic survival tale not entirely unlike The Walking Dead or Prophet, but without the organic component.

Previously a GraphcLy digital exclusive, the series announced plans to print through Image and go digital day-and-date through ComiXology after GraphicLy stopped supporting their mobile app for comics.