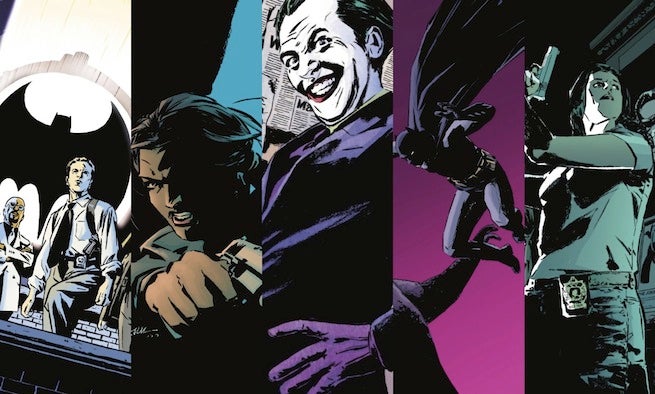 Bruno Heller's Gotham returns from its mid-season hiatus this evening with the airing of "Rogue's Gallery." When we last saw Gotham, a young Bruce Wayne continued to come of age after the murder of his parents; Gotham police detective James Gordon had been reassigned to Arkham Asylum; and Oliver Cobblepot was on the rise in the ranks of the city's criminal underworld.

In celebration of the show's return, we thought we'd run through some of the very best cases from the critically acclaimed comic book series, Gotham Central. Written by Ed Brubaker and Greg Rucka, Gotham Central and ran for 40 issues between 2003 and 2006. Like Gotham, Gotham Central keeps the focus away from Batman, instead highlighting the members of Gotham PD's Major Crimes Unit, including characters such as Crispus Allen and Renee Montoya (who have both appeared in Gotham). 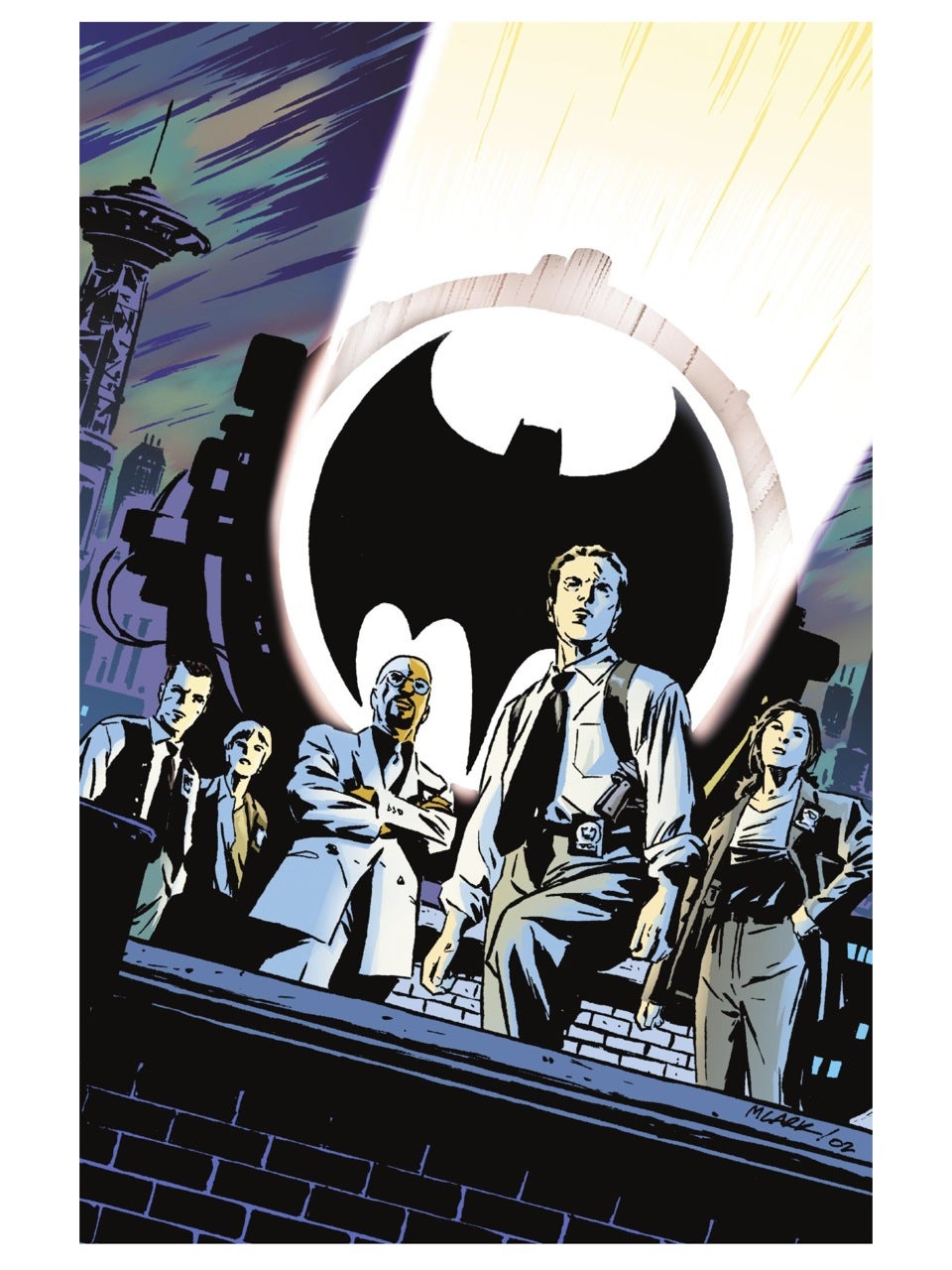 As the opening arc to this wonderfully underrated series, "In the Line of Duty" establishes right away how Gotham Central marches to the beat of its own drum in terms of where its focus lies. The first issue starts with two cops from GCPD's Major Crimes Unit (MCU), Marcus Driver and his partner Charlie, investigating a kidnapping when they have the misfortunate of stumbling upon noted supervillain Mister Freeze. The villain immediately freezes Charlie and then smashes and kills him.

While the GCPD's first instinct is to fire up the Batman signal and to get the Caped Crusader on the case, Driver insists that the MCU take Freeze down themselves. And that's when it becomes abundantly clear that despite the obvious temptation to just bring Batman into these stories once the cops are backed into the corner, Brubaker and Rucka would rather keep the story laser-focused on the GCPD.

Batman does make an appearance at the end of the arc to physically apprehend Freeze, but that's after Driver and the MCU follow the clues of the case and determine where the villain plans to strike next. Then, when Batman does appear, it's for al of five panels. The very last panel of the arc is Driver telling Batman "damn you" – speaking for all of the GCPD's resentment and frustration for how the Caped Crusader's mere presence in Gotham often brings out the very worst in the criminal element. 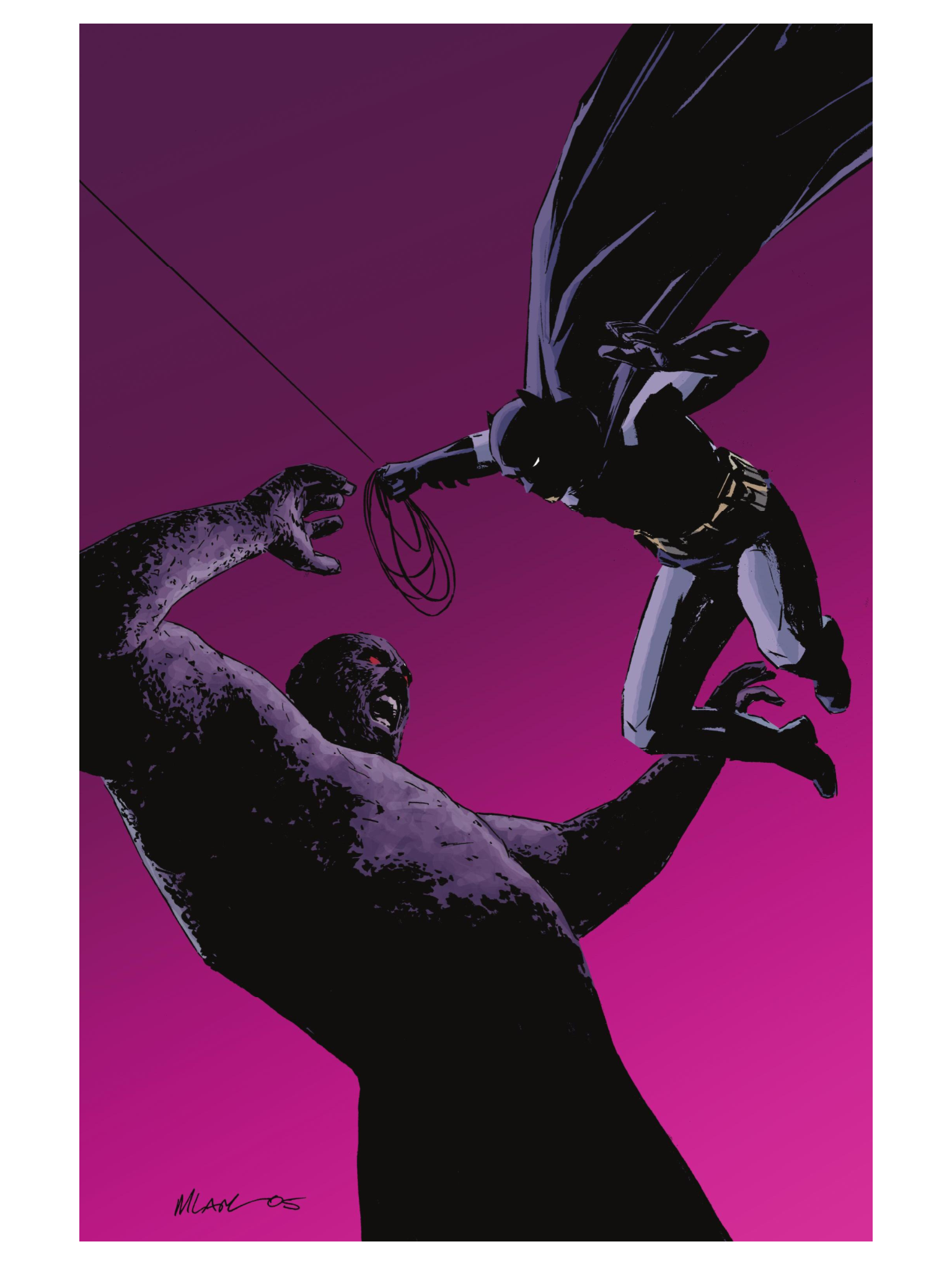 One of the later stories in the Gotham Central run, Rucka takes on solo scripting duties in this fun story that brings together the world of Gotham City with the Flash's Keystone City (too bad Gotham and The Flash are on different networks or maybe this arc could be adapted for television). A Gotham police officer is transformed into a monster after being dosed by chemicals in a laboratory belonging to longtime Flash villain Dr. Alchemy. In order to determine if there's an antidote, the MCU travels to Keystone City to interview Alchemy and see if he'll tip his hand.

What makes this arc such a terrific story is Rucka's characterization of Alchemy. Alchemy is as evil and demented as it gets as he just toys with the GCPD's desperation to save their colleague. He continually taunts Renee Montoya, an outed lesbian detective (more on that in a minute), and in one scene, changes the composition of her necklace so that it leaves a scar of a dual Venus symbol on her chest. 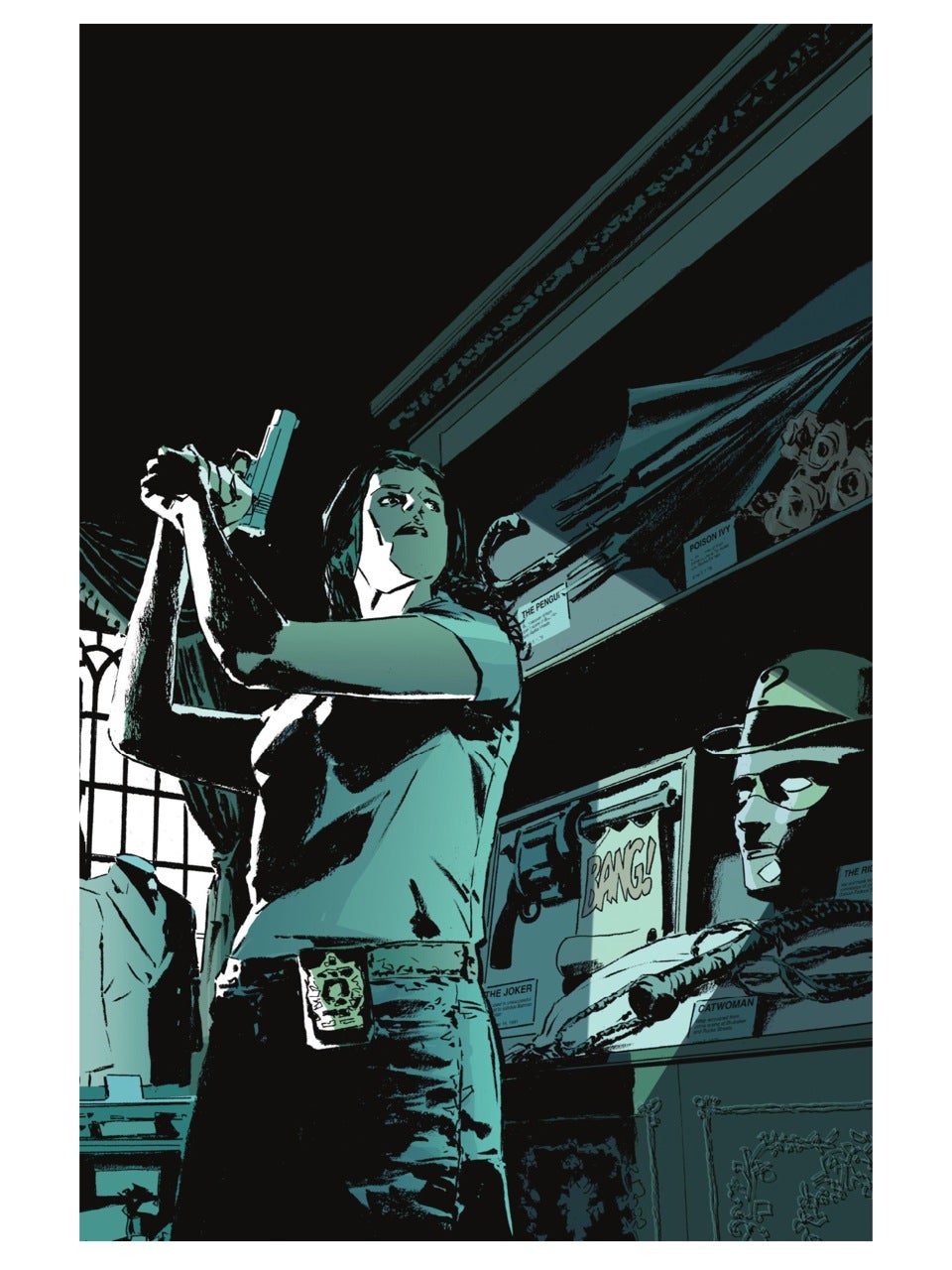 The first of many Gotham Central storylines that focused on how the actions of corrupt GCPD crime scene unit officer, Jim Corrigan, impacted the lives of the book's "heroes" in the MCU. In these issues, Renee Montoya's partner, Crispus Allen, is under investigation for using excessive lethal force after a bullet he fired at the Black Spider disappears from the crime scene. As it turns out, Corrigan sold the bullet online to someone who collects crime scene memorabilia.

Montoya confronts Corrigan about the missing bullet and intimidates him into revealing where he sold it.  However, by acting so impetuously, Montoya inadvertently undoes an internal GCPD investigation into Corrigan's corruption, allowing him to continue at the department – a move that would later come back to haunt Montoya and fans of Allen in Gotham Central's final storyline.

But via this story, Rucka demonstrates that the book is not afraid to explore the seedy underbelly of police work. While Gotham Central keeps its focus on the GCPD, thereby making them the book's heroes, it certainly doesn't overly lionize them, giving the book a sense of nuance that is hard to find in most mainstream titles. 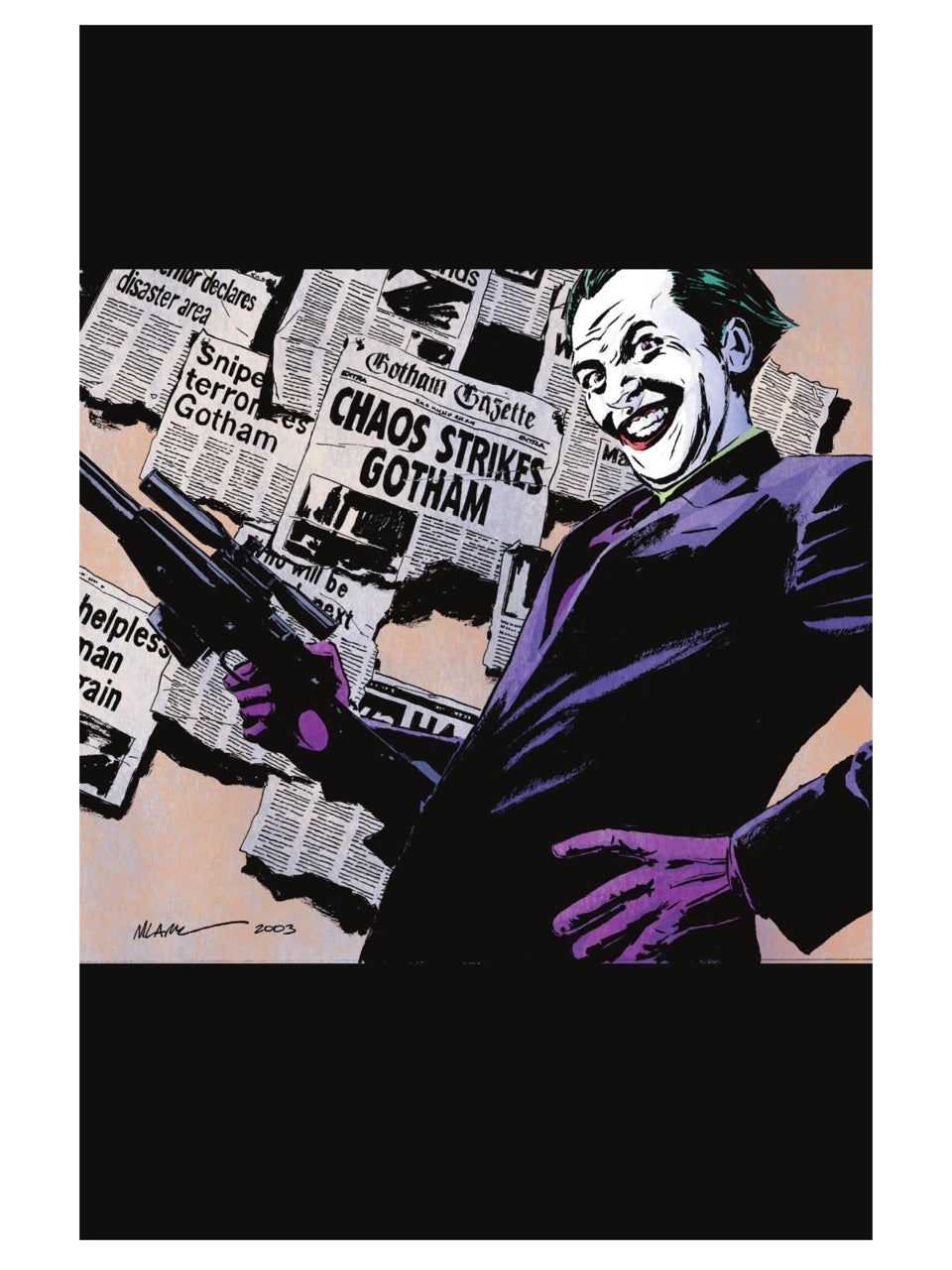 You can't have a book about the criminals of Gotham City without a story featuring the Joker – even if the book in question is one that doesn't really focus on "the Bat." And with creators as gifted as Brubaker and Rucka writing it, you can be certain that it doesn't disappoint.

"Soft Targets" takes the "Joker as an agent of chaos" approach to the character, having the villain single-handedly terrorize Gotham by conducting a shooting spree that leaves a number of high-profile public officials, like the mayor, dead. Adding to the hysteria is that the killing spree takes place only a few days before Christmas. With a threat this big and dire, Batman is called in pretty early, including one fantastic scene where MCU temp Stacy (who secretly fantasizes about Batman) flashes the Bat Signal without being authorized, which unexpectedly draws sniper fire from the Joker (Batman saves Stacy but the signal is destroyed).

"Soft Targets" is a master class in high-tension storytelling. When Batman and the GCPD have their big "a ha" moment and realize the Joker's master plan of bombing a toy store before Christmas, the fear and anxiety is as palatable as it gets in the medium. By the end, the reader is left with one of the finer Joker stories – which says a lot considering how many great stories about the Joker have been published over the years. 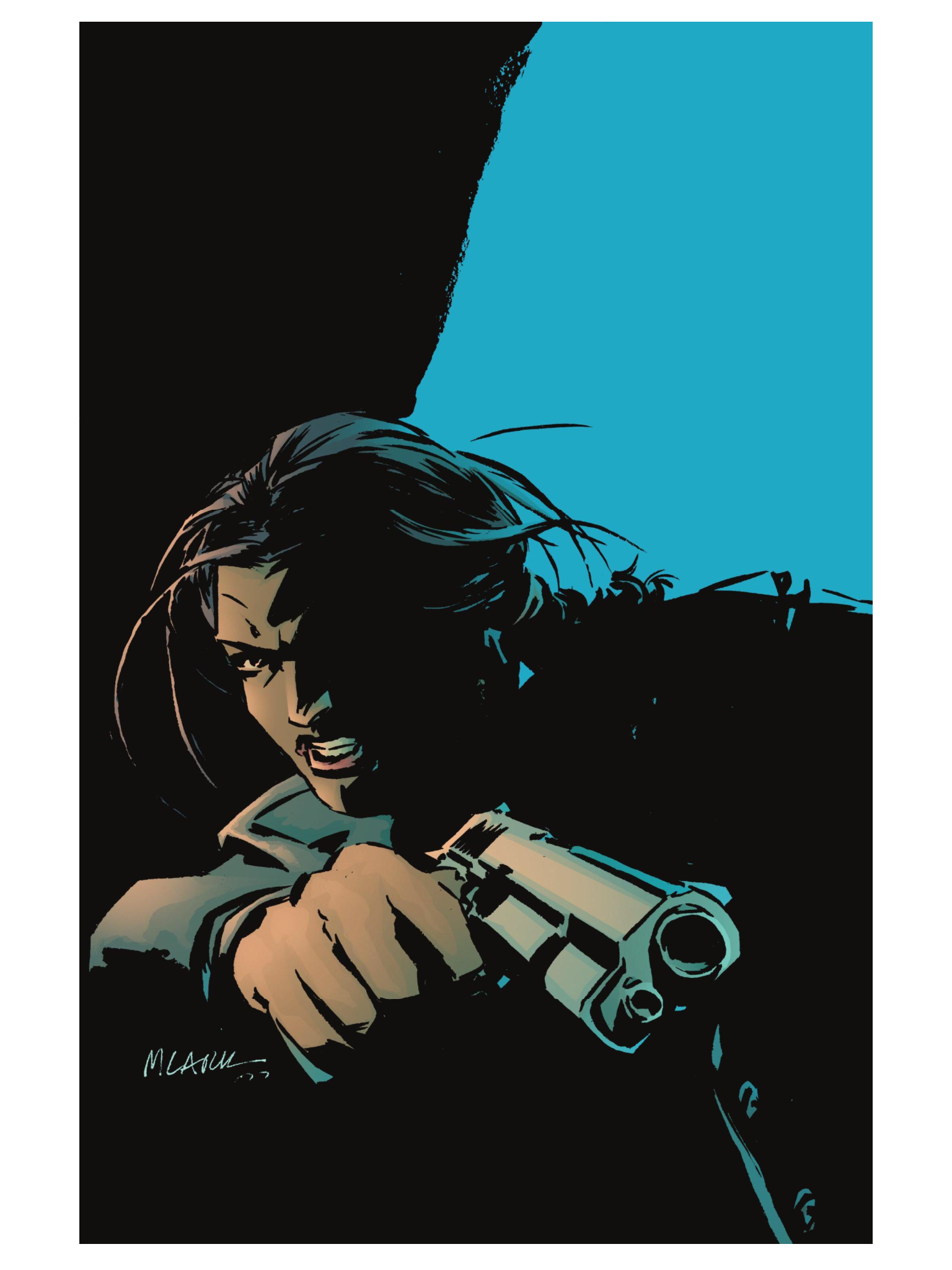 Arguably the most famous of all of Gotham Central's storylines, "Half of Life" received the Eisner Award in 2004 for best serialized, as well as a Harvey Award for best single issue or story. In addition to being an extraordinarily well told detective/crime story, "Half of a Life" offers an insightful look at a number of sociopolitical issues such as identity, tolerance and the "boy's club" atmosphere that is sometimes associated with civil servants such as police departments.

The story focuses on MCU detective Renee Montoya, who is outed to her colleagues after a photo of her kissing her girlfriend is pinned up within the department. While attempting to navigate around this bombshell that was unexpectedly dropped on her life, Montoya's life becomes further complicated when she is framed for a murder that she didn't commit (the victim just so happened to be taunting Renee about being a lesbian moments before he was killed).

The murder trail eventually leads to longtime Batman villain Two-Face, who outs Montoya and sets her up for murder because of his deranged romantic obsession. Once again, Batman shows up briefly to take down the villain, but this arc is all about completely breaking down a character and telling a truthfully heartbreaking story about how the people we most often rely on can sometimes fail us when we need their support the most.

Spider-Man: No Way Home Press Screenings Reportedly Won't Include A Large Part Of The Movie