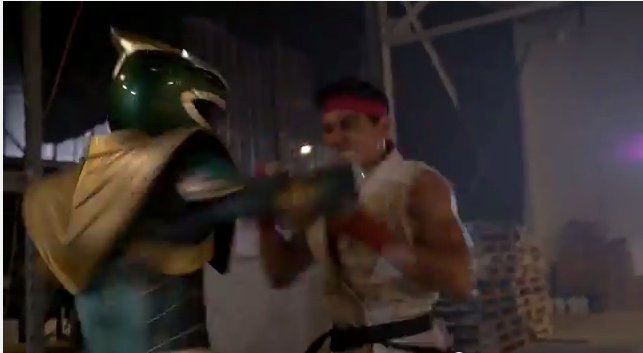 Place your bets, everyone. The next Super Power Beat Down is out, and it’s the most personal brawl yet.

In the latest combat crossover, The Mighty Morphin Power Rangers’ Green Ranger locks horns with Street Fighters’ Ryu. But there isn’t just any schlub in those green tights. Original Green Ranger actor Jason David Frank delivers the punches to defend his character’s honor. As an accomplished mixed martial artist, Frank even does his own stunts for the video as well.

But is Frank’s return to the Green Ranger a fatal mistake? Find out in the full video below.

Happy with the final results? Sound off in the comments below.