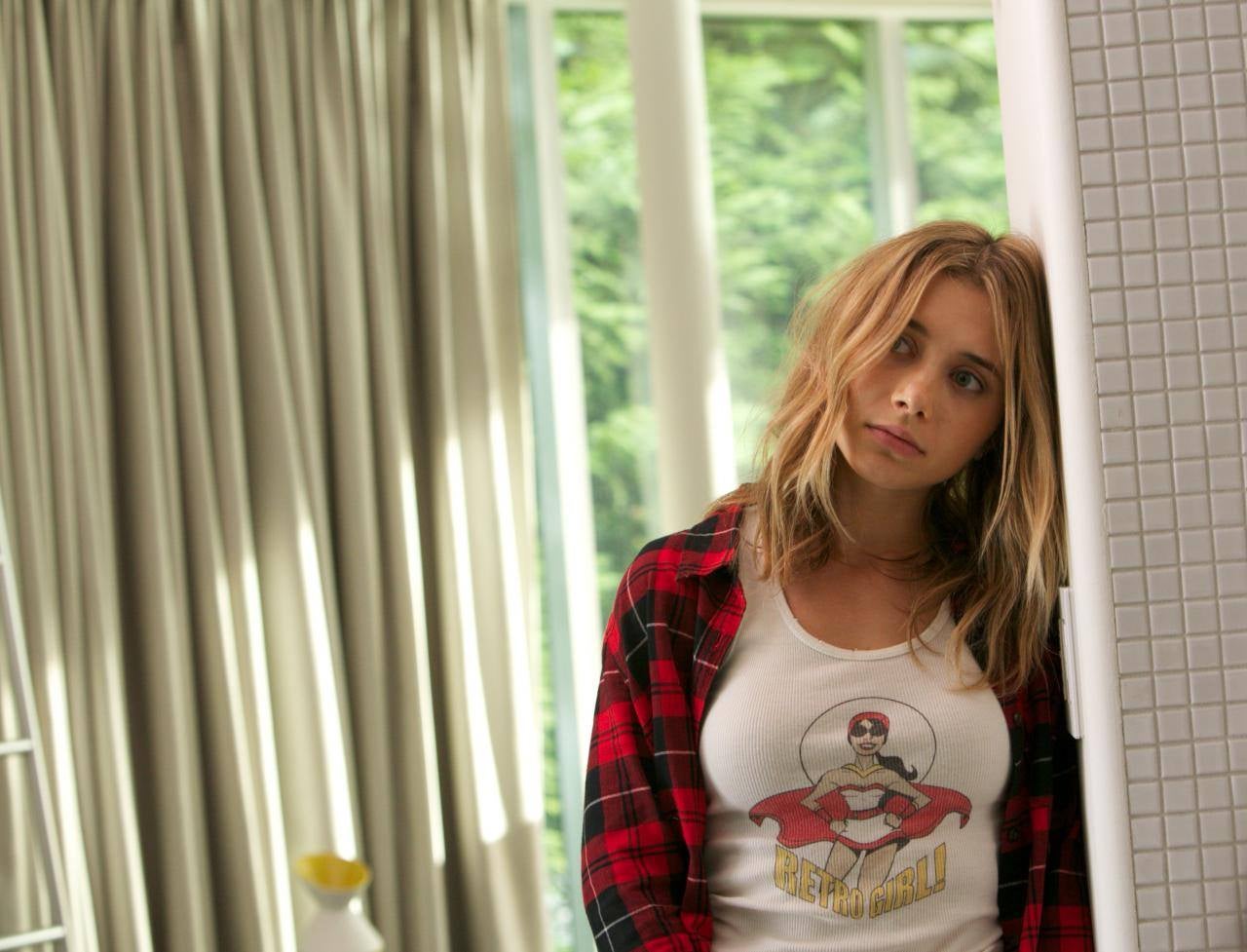 The episode opens with Walker still sleeping on the roof of Retro Girl's building.

A security guard wakes him up and asks if he's okay. He wants to know whether Walker and Retro Girl are getting back together, and he gets nostalgic about the old days.

In a park, some other cops are hanging out with Pilgrim. They want to wait for Walker, but they can't because the guy they're looking for has electric powers and they don't want him on the street with all the metal he can use as a weapon. Pilgrim and three other men incapacitate "ZeroTron," but the other cops are annoyed with her for not doing it right.

Back at home, Walker showers and gets dressed but can't seem to tie his tie. He leaves a message on a voicemail, asking someone to call him back. He makes a second call, and gets the same anonymous voicemail. He clarifies that it's about Calista, and that it's official, not personal.

Elsewhere, Calista wakes up and finds herself disoriented; she's in Retro Girl's apartment, and Retro Girl is in the bathroom, apparently recovering from injuries.

At his lair, Royale is making Sway from his blood. His henchmen still believe it isn't safe to leave Calista alive, but he talks them down.

At Walker's apartment, Pilgrim shows up; the pair tell each other what happened in the last few hours. They leave, heading to see Olympia's widow. She's cheerful, even though she knows that he probably died doing something he wasn't supposed to be. She tells them that he's been hitting an underground club called Here and Gone.

At school,  the son of Walker's old partner zones out while he's being inundated by sympathy from his counselor and floats through his day.

At Retro Girl's apartment, she's trying to get information from Calista, but Calista is just excited to be hanging out with Retro Girl.

Royale feels he's about to be exposed; his one-man army of henchmen are preparing a new club for powers kids.

At Royale's warehouse where Zora is crashing, Walker and Pilgrim are looking around when Walker finds the headless body of Bug. The Coroner says the body has been stripped of any identifying factors.

On the road, Pilgrim wants to find Calista. Walker tells her they'll drive to Retro Girl's. There, Calista is still talking with her. She asks Retro Girl why she doesn't fight villains anymore. Retro Girl tells her that she'll be saving lives in a hurricane tonight, making a bigger difference than she could fighting villains.

Calista tells Retro Girl that Walker brought her up on the roof and then pushed her off when she didn't give him information. The cops show up and Retro Girl tells Calista to go hide.

At his home, Crispin (the son of Walker's old partner) is playing a video game where you battle powers. He runs into a girl who's playing it online with him and who helps him attack Iron Impact.

At Retro Girl's apartment, Walker and Pilgrim are looking for Calista when Retro Girl tells them that she knows Calista was lying. Calista hears this and takes off before the cops can find her. In fustration, Walker reveals that he suspects Royale is alive.

Back at Crispin's, he's drawing an homage to the girl from the video game.

At Powers Division, Royale is filling out paperwork when Walker comes in and is furious to see him.  Royale tells him that something is wrong with his tie, and in doing so adjusts his own tie, which it's clear he stole from Walker's home. Walker jumps him and starts choking him, and then the henchman starts to film it. Walker asks him where Calista is, and Royale says that she just needs a home and a family. Then he and his henchman teleport out.

That night, Royale is on a talk show. He denies breaking Wolf out of The Shaft. He tells the interviewer that he's going to go register. The interviewer, then, plays the footage of Walker jumping him.

At Walker's, he and Pilgrim are watching the show. She asks if he knew that Retro Girl was going to catch him.  She says she thinks the heroism is him, and he can learn the cop stuff. They get a report back that says the body they found earlier was Bug. They get a couple of beers and start talking about the fight with ZeroTron X earlier.

At Royale's club that night, Sway is everywhere in the crowd. They all cheer on Royale when he comes on stage to address them. Calista goes to see him, and he teleports her away form the club and to a private place -- the place where he was playing Solitaire before. He tells her nobody knows where it is and admits that, yes, he killed Bug. He gives her a signed confession and tells her that if he ever betrays her trust, she can take it to Walker. She tears it up. He takes her back to the party, saying he'll show her her new home.

At his apartment, Walker is tipsy and listening to voice mail from Retro Girl with a lovestruck look on his face. He doesn't call her bac, opting instead to go out on the balcony and look downa t the city. He hears something in the apartment and goes to get his gun; Royale is there. Royale says he wants to tell Walker that he'll never hurt him, as long as he stays out of his way. Walker tries to shoot him, but Royale is gone by the time he pulls the trigger. But, hey, at least he returned the tie.